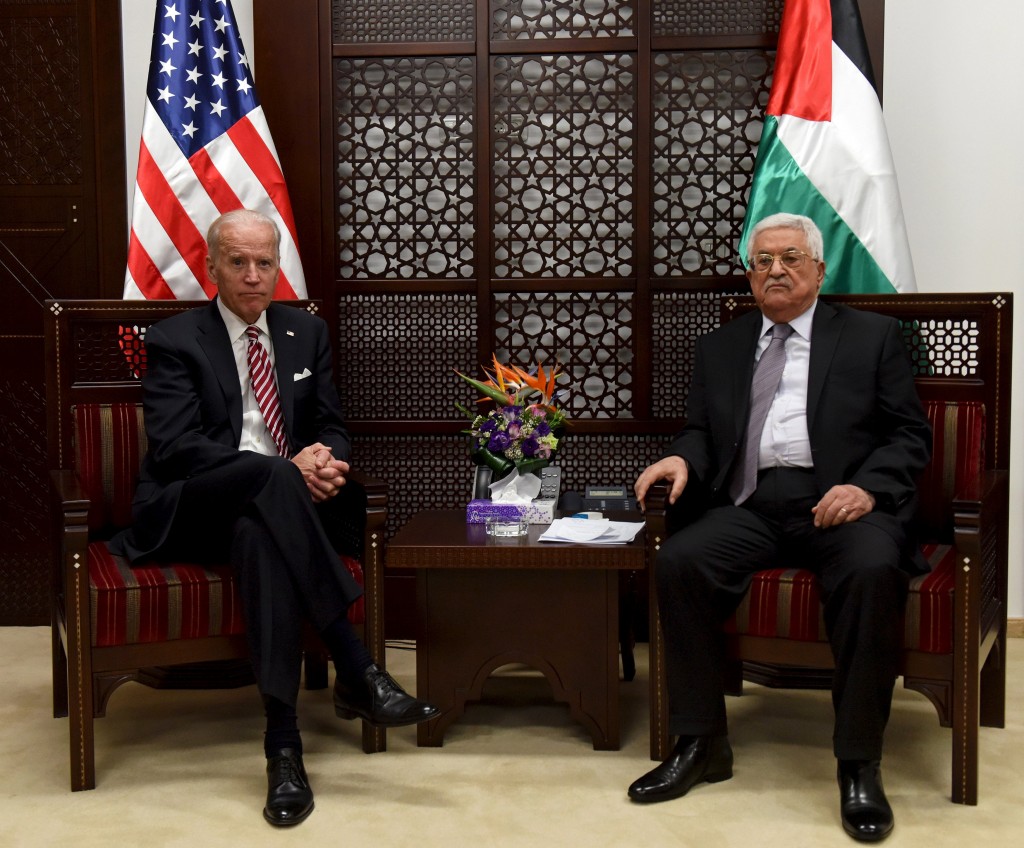 According to a report in the Palestinian newspaper Al-Quds on Thursday, Palestinian leader Mahmoud Abbas turned down an initiative presented by U.S. Vice President Joe Biden during their meeting Wednesday in Ramallah.

The report, quoting a source familiar with the details, said that Mahmoud Abbas strongly rejected the new American initiative to restart peace talks.

According to the source, the Biden initiative included the following points:

1. The capital of the Palestinian state would be established in East Yerushalayim

2. Israel would stop building in Yehudah and Shomron and in eastern Yerushalayim

3. Palestinian recognition of the Jewish state

4. Relinquishing the Palestinian right of return.

But Palestinian political analysts played down the significance of Biden’s visit to Ramallah, which they considered just raising the threshold of any future talks.

According to reports in the American press, what is at stake is either a presidential statement that defines an American landmark solution between the Palestinians and the Israelis, or a resolution by the United Nations Security Council with the same purpose.

Israeli analysts, on the other hand, played down both the American statement and the U.N.

Martin Indyk, a former negotiator for Kerry and executive vice president at the Brookings Institution, said that there is nothing new in the statements; it isn’t more than any other past statement or other U.N. resolution, that will pile up with older data and decisions.

Or it will be “just another U.N. Security Council resolution,” said Ehud Yaari, an Israeli commentator.