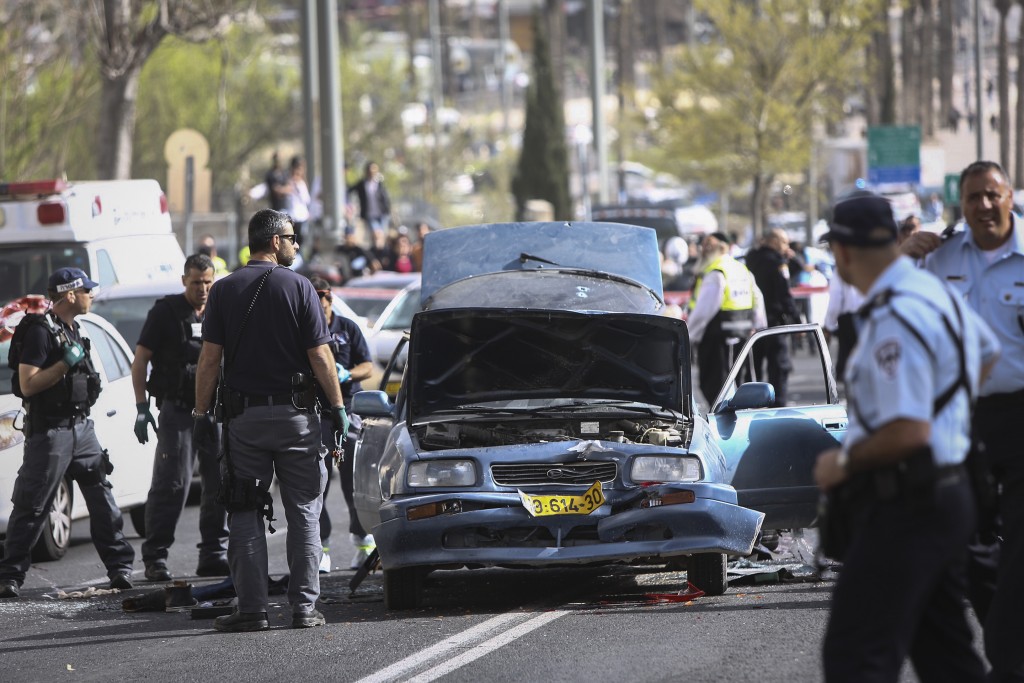 In a second shooting incident in Yerushalayim Wednesday morning, an Arab-Israeli man was wounded when two Arab terrorists opened fire from a vehicle near the Damascus Gate. Israeli security forces shot and killed both terrorists.

This shooting was connected to an earlier shooting, when terrorists shot at an Israeli bus in the Ramot area of Yerushalayim Wednesday morning. Police reports said that no one was wounded in that attack. Police were chasing after the shooter, who apparently fired from a moving vehicle and drove away.

The incident occurred on Golda Meir Boulevard, the main street in Ramot. Roads were closed in the area as the search went on for the perpetrator. Roadblocks were placed at the entrance to the neighborhood, and police helicopters also hunted for the vehicle.

Ultimately police spotted the vehicle traveling near the Damascus Gate, and tried to stop it. The terrorists, realizing they had been identified, opened fire on police, and a short gun battle erupted, Both terrorists died in the shootout and one passerby, an Israeli Arab, was wounded in the incident.

The incidents Wednesday morning followed a Tuesday evening in which three terror attacks took place, with a total of one person killed and 15 wounded. Within the span of three hours, an Arab terrorist opened fire on Israeli police officers on Salah a-Din Street outside the Old City of Yerushalayim, a 17-year-old Arab stabbed an Israeli at the open-air market in Petach Tikvah, and an Arab went on a stabbing spree along the boardwalk in southern Tel Aviv, killing an American tourist and injuring ten people before he was eliminated at the Jaffa Port.

On other security fronts, a Shin Bet officer died while on a mission near the Gaza Strip sometime Tuesday night, the Shin Bet announced Wednesday.

Later, the Shin Bet identified the officer as Amir Mimuni, 29, from Zohar. His levayah will be held Wednesday afternoon in Moshav Nogah.

Other details were under gag order, the Shin Bet said.