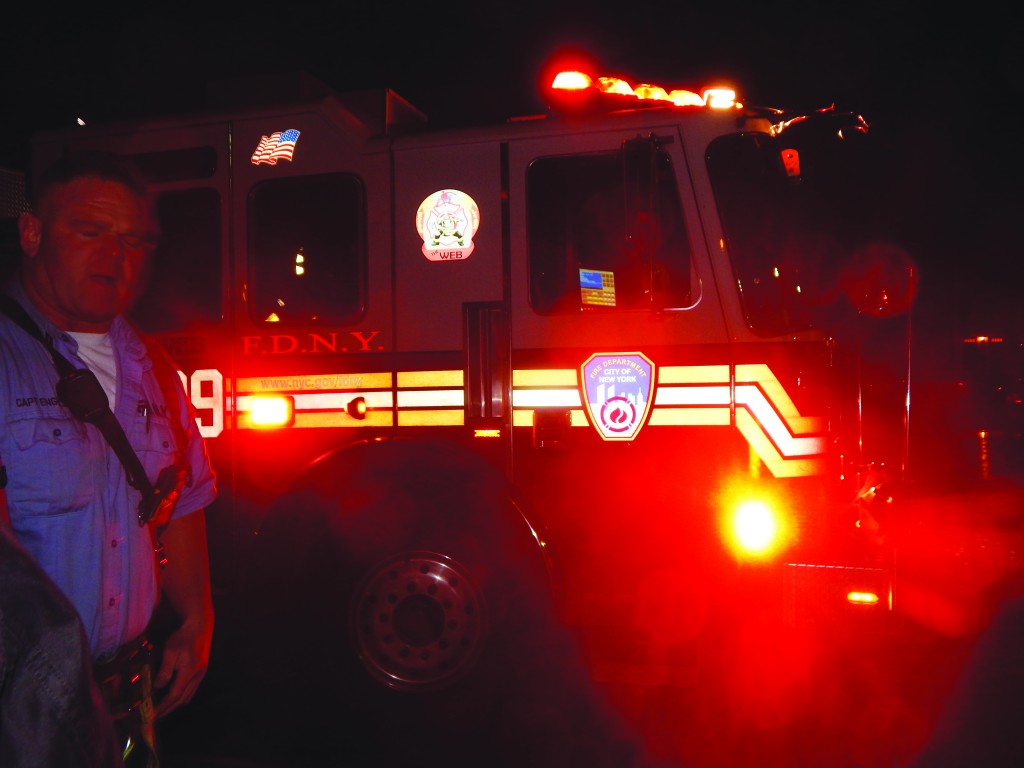 On March 3 at about 8:00 p.m. on a typical Thursday evening, Chayala Mirsky, a fifth-grader in Kew Gardens Hills, was strolling down the block from her aunt’s house back to her own house just a few houses away. Her home is situated on a quiet street that dead-ends into the Yeshiva of Central Queens playground.

While walking she spotted some movement in the dark playground. Then she saw two teenaged boys busy with something near the school’s garbage cans that abut the metal fence. She froze when she saw what the boys were doing: They set fire to the garbage can and instantly tall flames crackled in a long line along the fence. Dangerously close to the fence are a line of dead trees with overhanging branches.

She rushed into her house and told her parents, who called the fire department. They arrived quickly and extinguished the fire. A small crowd of neighbors gathered. There were two overturned garbage cans on opposite sides of the playground with burned garbage spewed all over. Yeshiva Central Queens has video surveillance so it was hoped the two boys who set the fire were caught on video camera.

The neighbors on both sides of the street are so thankful that Chayala saw the blaze and a dangerous situation was averted. Mrs. Mirsky pointed out that it wasn’t a usual time for her daughter to be out, and that it was truly hashgachah pratis that she was out then and saw the fire.

Rabbi Yaakov Lonner, executive director of Yeshiva of Central Queens, reported later that the video cameras were not able to show the two perpetrators because it was night time and too dark. He recommends that everyone should be alerted to the problem and be vigilant to report anything suspicious.

The fire marshal informed him there have been five fires started like this recently in the neighborhood, the motives for which are not clear.