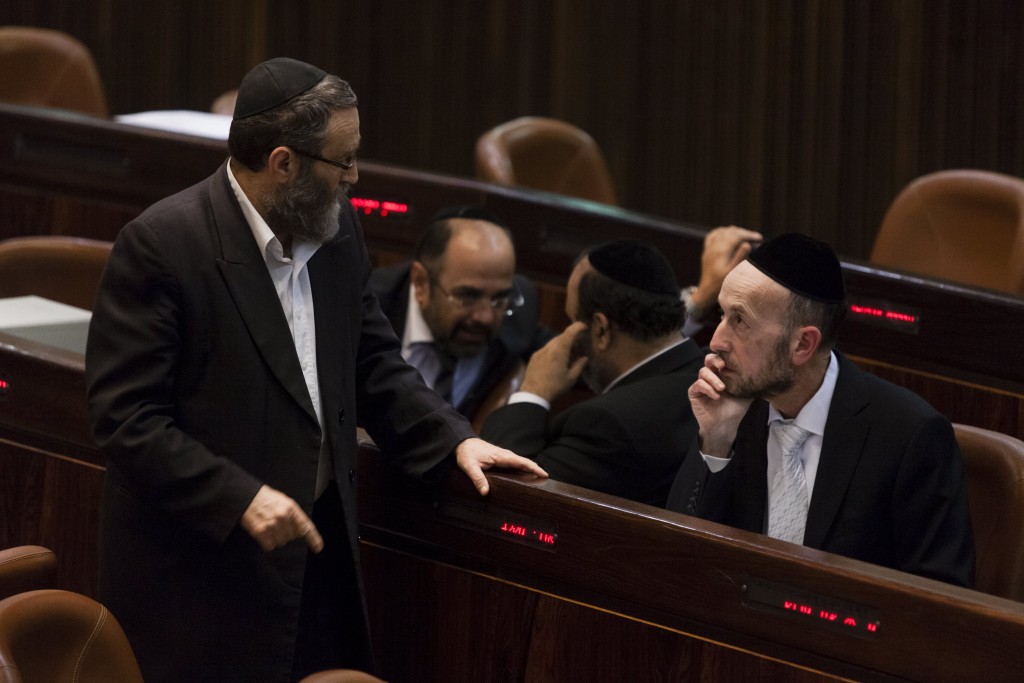 United Torah Judaism MKs Rabbi Moshe Gafni and Uri Maklev have introduced a bill in the Knesset which would permit surplus food prepared in public places to be made available to the needy.

To date, restaurants, event halls, factories’ cafeterias, army bases, chain restaurants and hotels in Israel are discouraged from transferring such food to the poor due to vulnerability to lawsuits in case of damage, and instead routinely throw them away.

The bill would protect such institutions from legal action in case of claims of sickness due to the food, as long as they follow guidelines for storage and shipment to ensure safety and quality to be set by the Health and Welfare Ministers.

MK Maklev hailed the measure as a “revolution” that will bring food to thousands of needy people every day.

“These aren’t leftovers,” he pointed out, “this is food that never left the kitchen and is still on trays, hundreds of pounds of fresh, nutritious meat,” he said.

Currently, an estimated 25 percent of food prepared in the above-mentioned institutions are thrown in the garbage because the owners are worried about lawsuits.