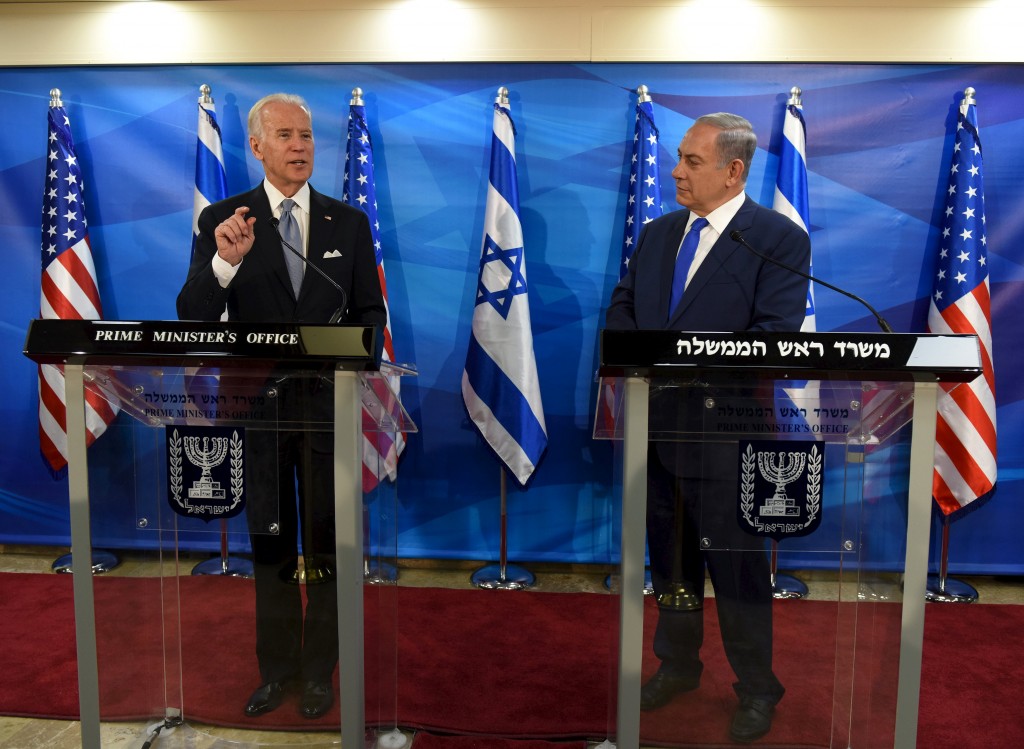 Israel’s regional military clout should be preserved in terms of the quantity as well as the quality of its weaponry, U.S. Vice President Joe Biden said on Wednesday in a nod to Israeli requests in defense aid negotiations with Washington.

Current U.S. military grants to Israel, worth about $3 billion annually, expire in 2018. The allies want to agree on an extension before U.S. President Barack Obama leaves office in January 2017 but have differed over the proposed sums.

Israel, which last year requested $5 billion in future annual aid but whose officials have since set their sights on $4 billion to $4.5 billion, says it needs to expand its military, rather than just upgrade technologies, given spiraling arms procurement it anticipates by arch-foe Iran and Arab states.

U.S. officials have given lower target figures of around $3.7 billion. The dispute prompted Israeli officials to hint last month that Prime Minister Binyamin Netanyahu, in hope of better terms, may await Obama’s successor to conclude the deal.

“We’re committed to making sure that Israel can defend itself against all serious threats, maintain its qualitative edge with a quantity sufficient to maintain that,” Biden told reporters after meeting Netanyahu during a visit to Israel.

Israel’s “very, very tough neighborhood, a tough and changing neighborhood” necessitated such assistance, Biden said, adding that Obama had “done more to help bolster Israel’s security than any other administration in history.”

He did not explicitly mention the accord on future U.S. defense aid, known as the Memorandum of Understanding (MOU).

U.S. congressional staffers said Biden would discuss the MOU during his Israel visit, describing the vice president as the only possible principal from the administration who could finish off a deal given Netanyahu’s troubled ties with Obama.

Defense Minister Moshe Yaalon is to travel to Washington for talks next week with U.S. counterpart Ashton Carter. Yaalon aides said he would try to make progress on the MOU.

Interviewed by Israel Radio on Wednesday, Yaalon did not refer to the MOU but said: “There are areas in which we know how to insist on our security interests, even when our great friend (the United States) makes offers that do not suit us.”

Biden also discussed the Iranian threat, saying that if Iran breaks the terms of the nuclear deal “we will act.”

His warning came shortly after Iran announced that it had test-fired two ballistic missiles with the phrase “Israel must be wiped out” written in Hebrew on them.

The U.S. State Department says it plans to bring a report on another missile launch before the United Nations Security Council.

Israel strongly opposed last year’s nuclear deal with Iran. Biden looked to assuage its fears by saying “a nuclear-armed Iran is an absolutely unacceptable threat to Israel, to the region and the United States.” He then reiterated: “If in fact they break the deal, we will act.”

The stabbing spree took place near the sea in the city of Jaffa, where Biden was meeting with Israel’s former president Shimon Peres. Biden said his wife and grandchildren were having dinner on the beach not far from where it happened.