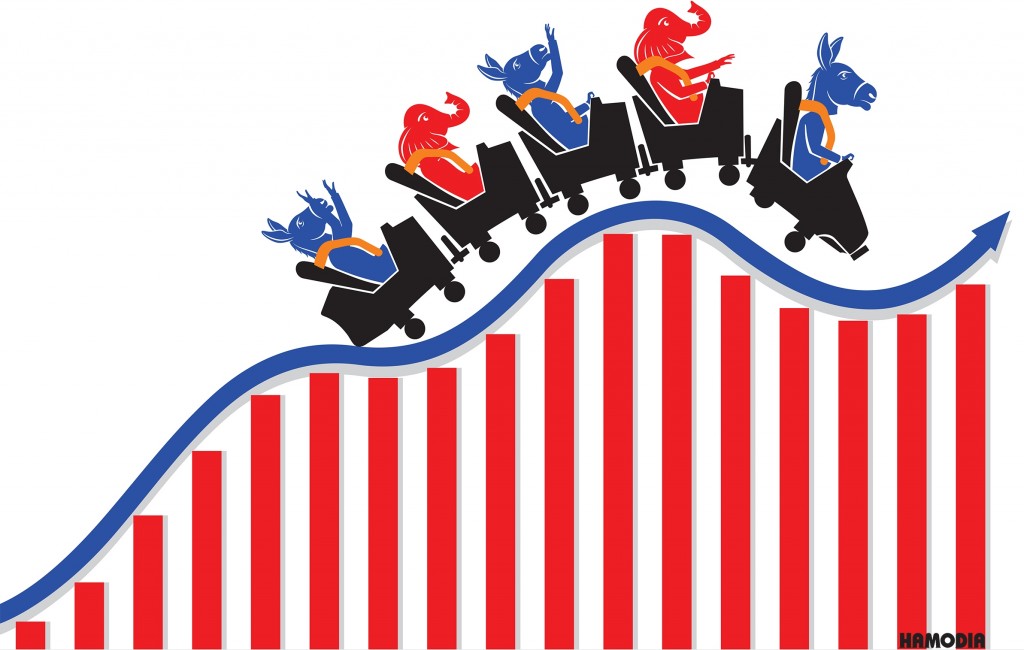 Michigan is a good test for Democrats, a big state with several groups the party needs to win general elections: minority voters, union members and blue-collar workers who have been displaced or left behind by changes in the economy.

Clinton needed a big victory there to push Sanders to the curb, yet her ability to attract key groups was mixed, and that eventually doomed her. Sanders was declared the winner of Michigan’s primary late Tuesday, though because the state’s nominating delegates are split proportionally, both candidates walk away with support.

While Clinton decisively won minority voters, about a third of the Democratic electorate, Sanders scored another big win among whites, according to exit polls conducted for a consortium of news organizations.

Here’s why Sanders did well: He won union households, also about a third of the electorate there. He also won among voters who cared most about income inequality and those who said international trade takes away U.S. jobs, both sizable groups in Michigan.

The candidates split voters who said jobs and the economy were the biggest issue, the largest share of voters.

Clinton’s claims that Sanders failed to support the auto bailout did not stick, apparently, and may have reinforced perceptions that she is not honest and trustworthy.

The GOP’s 2012 nominee, perhaps the most prominent face of the party establishment, viciously attacked Republican front-runner Donald Trump last week as a phony, unworthy of the presidency. That was followed by a raucous debate in which Trump’s opponents attacked him more consistently and relentlessly than at any previous forum. A barrage of ads targeting the billionaire has begun in Ohio and Florida, which hold their primaries next week.

Yet as usual with Trump, it rolled off his back. The two biggest states at stake Tuesday went for Trump, with voters saying in exit polls that they agreed with his call to ban Muslims from entering the country, a divisive position that set him apart from the party’s establishment. Those seeking an outsider who “tells it like it is” also gave the nod to Trump.

Here’s a key stat for Trump: About 60 percent of Republican voters in Michigan exit polls said they felt betrayed by Republican politicians.

During his unusual victory news conference Tuesday night, Trump went on an extended riff, trying to rebut Romney’s claims that many of his businesses have failed by holding up a copy of Trump magazine and talking about Trump steaks.

Does Donald Trump have a ceiling?

Part of that is a result of the Republicans’ four-man race. But as the campaign continues, the question will linger.

Polls often show Trump’s support is incredibly strong among his supporters. But he still faces great skepticism from many quarters of the party. In Michigan, about half of Republicans said in exit polls that they would be satisfied if he was the nominee, suggesting he is gaining ground in rallying the party, but has not yet closed the deal.

John Kasich did well in Michigan, but doing well doesn’t cut it

The Ohio governor treated his showing in Michigan, where he was fighting for second place with Texas Sen. Ted Cruz, as evidence that he’s surging. But the campaign is long past the stage for handing out participation ribbons. Candidates need actual victories.

And even as Kasich has won some admirers for his touchy-feely town halls, he has not won any states. Michigan was supposed to be the beginning of a string of victories for the Midwesterner’s long-shot bid. Trump proved durable, winning his first Midwestern state after he lost the Iowa and Minnesota caucuses.

Kasich is holding out for next week’s Ohio contest to notch a victory. But it is unlikely to be enough.

The Florida senator has also been pointing to next week, when Floridians also head to the polls, as his make-or-break moment. But it’s hard to see how even a victory in his home state – a highly unlikely scenario at this point — can save Rubio.

Distant fourth-place finishes in Michigan and Mississippi reinforced the notion that Rubio is unable to translate his popularity with donors and establishment Republicans into support from actual voters. He may be the next man out.