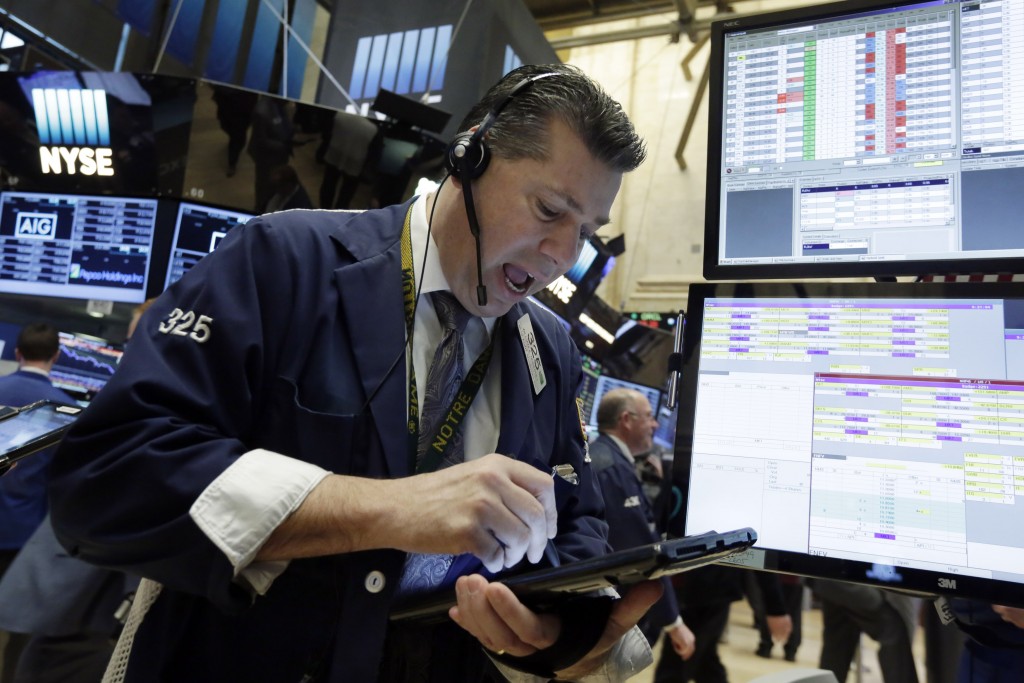 Stocks are pulling back in midday trading, led by declines in energy companies as the price of crude oil and other commodities turn lower. Murphy Oil fell 12 percent and oil rig operator Transocean lost 8 percent Tuesday. Traders were also discouraged by weak trade figures from China.

THE QUOTE: “We’re overbought,” said Chief Investment Officer Bill Stone of PNC Asset Management Group, noting that the S&P 500 is up about 10 percent from mid-February. “People are taking some profits off of the larger run-up from the low.”

SHAKE QUAKE: Hamburger chain Shake Shack plunged $4.80, or 11 percent, to $37.43 after delivering quarterly results and an outlook that disappointed investors.

SALES SLIP: Dick’s Sporting Goods fell 67 cents, or 1.5 percent, to $45.01. Its fourth-quarter results fell short of analysts’ expectations as a warmer-than-usual winter crimped the retailer’s sales. Its guidance for the future also disappointed.

URBAN JUMPS: Urban Outfitters jumped $4.05, or 14 percent, to $32.21. Late Monday, the retailer reported strong earnings and improved margins during the holiday season. The Philadelphia-based company said it earned $72.9 million, or 61 cents per share, in its fourth quarter ended Jan. 31, better than analysts expected.

DIVIDED AT UNITED: United Continental Holdings fell 71 cents, or 1.2 percent, to $56.90 after two investment firms went public on an effort to add six of its nominees to the board of directors. They also want to give a prominent role to the ex-CEO credited with saving Continental more than a decade ago. The two firms, Altimeter Capital Management and PAR Capital Management, own a combined 7.1 percent stake of the airline.