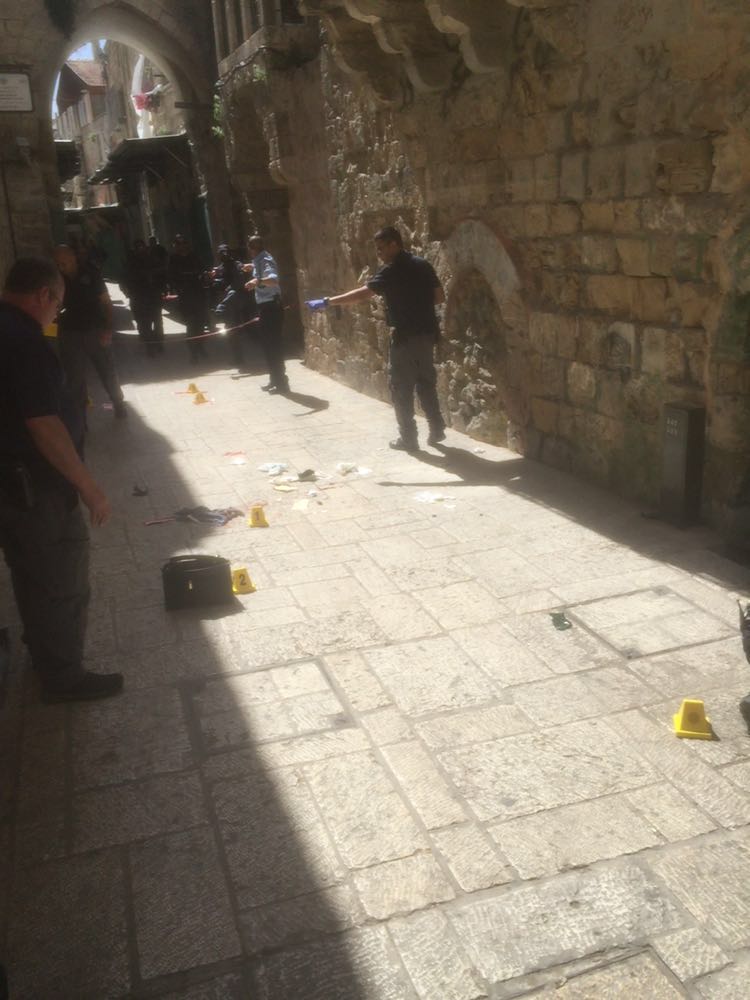 Security forces prevented a terror attack outside the Damascus Gate in the Old City of Yerushalayim Tuesday morning. The soldiers shot and seriously wounded a 50-year-old female terrorist who was brandishing a knife; she later died of her wounds. B’chasdei Shamayim, no Israelis were injured in the incident. The terrorist had attempted to attack several police officers and was shot by security forces.

The Damascus Gate area has been a frequent venue for Arab terrorist stabbers to strike Israelis. The last attack was on Feb. 18, when  two Israelis were stabbed and injured in an attack. Border Police on patrol opened fire and neutralized the terrorist stabber. One Arab bystander was injured in the incident as well.

IDF soldiers overnight Monday sealed the house of the family of Samir Skapi in Chevron. In a joint operation with Border Police and the Shin Bet, the house of the terrorist who killed Border Guard Binyamin Yaakobovitz, Hy”d, in a car ramming attack in November was sealed.

Also overnight Monday, security officials said they had arrested 18 wanted security suspects in Yehudah and Shomron. The suspects were wanted for participating in rioting and throwing stones and firebombs that endangered Israeli civilians and IDF soldiers. Several of the suspects were also charged with belonging to Hamas. All were being questioned on their activities by security forces.