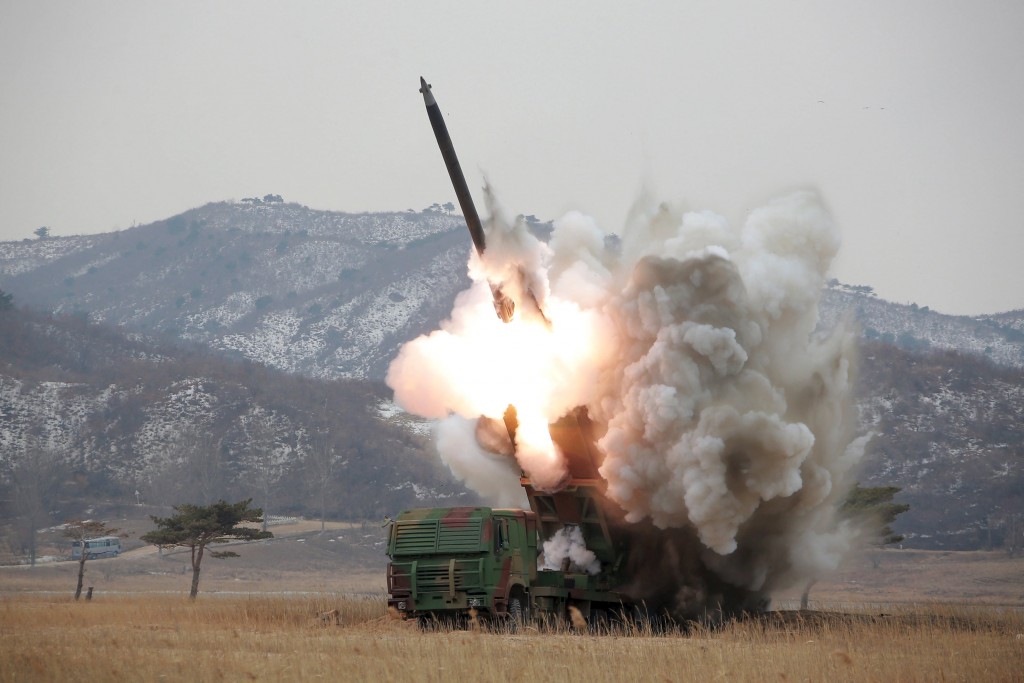 North Korean leader Kim Jong Un said the country has miniaturized nuclear warheads to be mounted on ballistic missiles and ordered improvements in the power and precision of its arsenal, its state media reported on Wednesday.

Kim has called for his military to be prepared to mount pre-emptive attacks against the United States and South Korea and stand ready to use nuclear weapons, stepping up belligerent rhetoric after coming under new U.N. and bilateral sanctions.

U.S. and South Korean troops began large-scale military drills this week, which the North calls “nuclear war moves” and threatened to respond with an all-out offensive.

Kim’s comments released on Wednesday were his first direct mention of the claim, previously made repeatedly in state media, to have successfully miniaturized a nuclear warhead to be mounted on a ballistic missile, which is widely questioned.

“The nuclear warheads have been standardized to be fit for ballistic missiles by miniaturizing them,” KCNA quoted him as saying as he inspected the work of nuclear workers, adding “this can be called true nuclear deterrent.”

“He stressed the importance of building ever more powerful, precision and miniaturized nuclear weapons and their delivery means,” KCNA said.

Kim also inspected the nuclear warheads designed for thermo-nuclear reaction, KCNA said, referring to a hydrogen bomb that the country claimed to have tested in January.

North Korea conducted its fourth nuclear test on Jan. 6 claiming to have set off a miniaturized hydrogen bomb, which was disputed by many experts and the governments of South Korea and the United States. The blast detected from the test was simply too small to back up the claim, experts said at the time.

The U.N. Security Council imposed harsh new sanctions on the isolated state last week for the nuclear test. It launched a long-range rocket in February drawing international criticism and sanctions from its rival, South Korea.

On Tuesday South Korea announced further measures aimed at isolating the North by blacklisting individuals and entities that it said were linked to Pyongyang’s weapons program.

China also stepped up pressure on the North by barring one of the 31 ships on its transport ministry’s blacklist.

But a U.N. panel set up to monitor sanctions under an earlier Security Council resolution adopted in 2009 said in a report released on Tuesday that it had “serious questions about the efficacy of the current United Nations sanctions regime.”

North Korea has been “effective in evading sanctions” by continuing to engage in banned trade, “facilitated by the low level of implementation of Security Council resolutions by Member States,” the Panel of Experts said.

“The reasons are diverse, but include lack of political will, inadequate enabling legislation, lack of understanding of the resolutions and low prioritization,” it said, referring to the incomplete enforcement of sanctions.