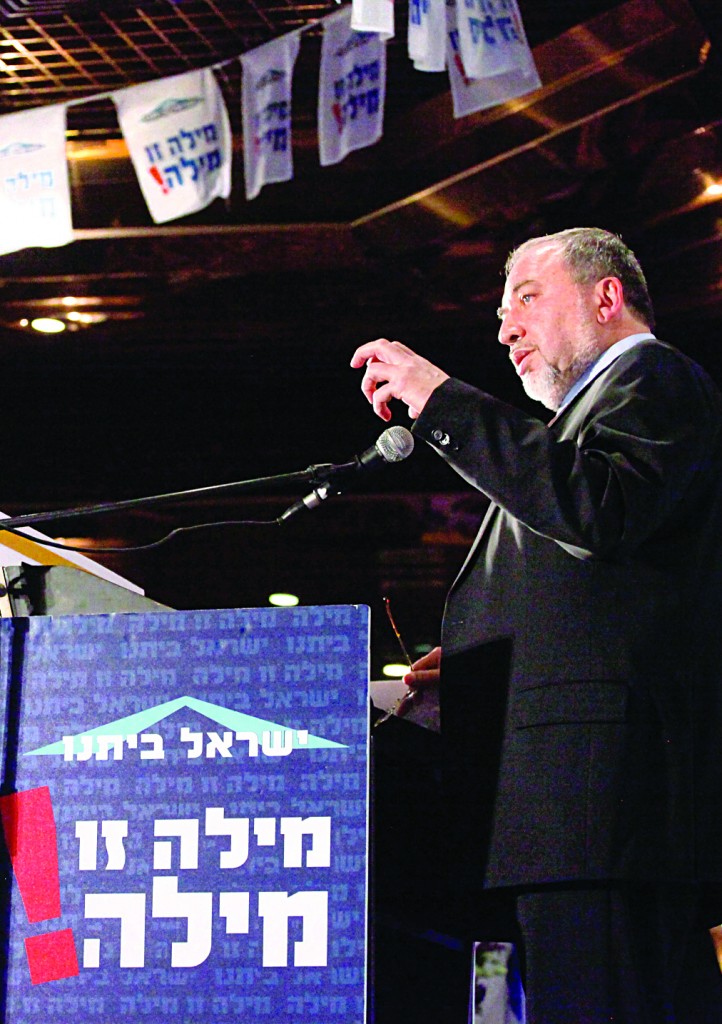 At a special Knesset session on Monday discussing the development of Maaleh Adumim, east of Yerushalayim, Yisrael Beytenu head Avigdor Liberman said that despite his differences on security policy with Prime Minister Binyamin Netanyahu, he would join the government “tomorrow” if the government would allow the construction of 2,000 new homes in the city.

The session was called by the Land of Israel Lobby, a group of MKs on the right who are protesting the ongoing building freeze in Yehudah and Shomron. The lobby is headed by MKs Betzalel Smotrich (Jewish Home) and Yoav Kisch (Likud).

Liberman told the MKs that he had met with Boris Grossman, the deputy mayor of Maaleh Adumim, on the eve of last year’s elections. Grossman had told him that Netanyahu had held a rally in town promising a large expansion of the city, and had received the votes of more than half of residents – who are now disappointed to see Netanyahu failing to fulfill his promise.

“After the election, I went to Maaleh Adumim, unlike other politicians who forgot about it, and told them I would join the government if Netanyahu authorized construction of 1,000 homes. Now it’s 2,000 – the price went up,” Liberman said Monday. “Netanyahu is great at the campaigning, but when it comes to actions he rates a zero. The building freeze in Maaleh Adumim is a direct result of this. Likud MKs should set an ultimatum – either allow building in Maaleh Adumim, or we won’t approve the budget.”

A surprise guest at the event was none other than Yesh Atid head Yair Lapid, not known for his advocacy for construction in the settlements – but Maaleh Adumim is an exception, he told MKs. “It will always be a part of Israel,” he said. “Our problem is that we say ‘building everywhere’ or ‘building nowhere.’ We have to face the world and lay down our principles. If I were running things, I guarantee that I could close a deal that would allow for construction in the settlement blocs in exchange for a building freeze elsewhere.”