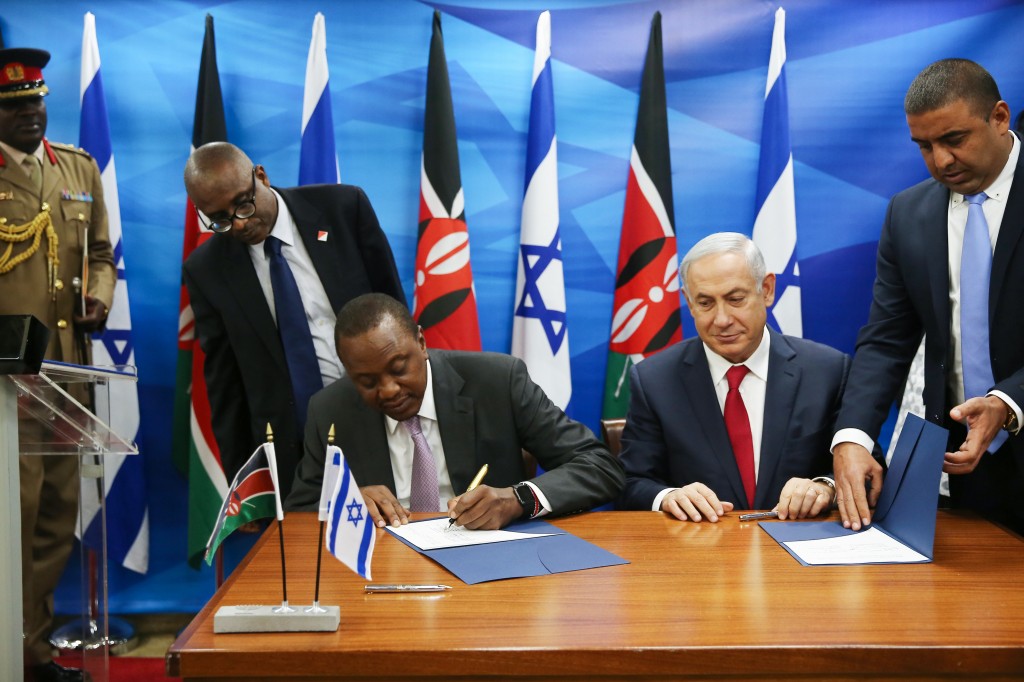 The subject topped the agenda during Kenyan President Uhuru Kenyatta’s talks with senior Israeli officials in Yerushalayim two weeks ago, according to the report.

Al-Shabaab has perpetrated several massive terrorist attacks in Kenya, including the Westgate Mall attack in 2013 that killed 63 people and the 2015 attack on a university in the northeast of the country in which 157 people were killed.

Kenya, for its part, maintains troops in southern Somalia as part of a pan-African peace support mission to Somalia. At least 200 Kenyan troops were killed or captured in an al-Shabaab attack on a Kenyan base in the town of El-Adde last month.

Kenya wants Israel to increase its counterterrorism operations in the country and in the East African region.

The journal quoted Nadav Peldman, Israeli deputy ambassador to Kenya, as saying that the security cooperation between the two countries goes back 40 years, to when Kenya provided Israel with logistical support for the Entebbe raid in neighboring Uganda.

“Israel is ready and willing to assist Kenya — and any other nation, for that matter — to fight terrorism whenever it appears. Terrorism is a heinous crime that should be confronted with the same force it projects,” Peldman told the paper.