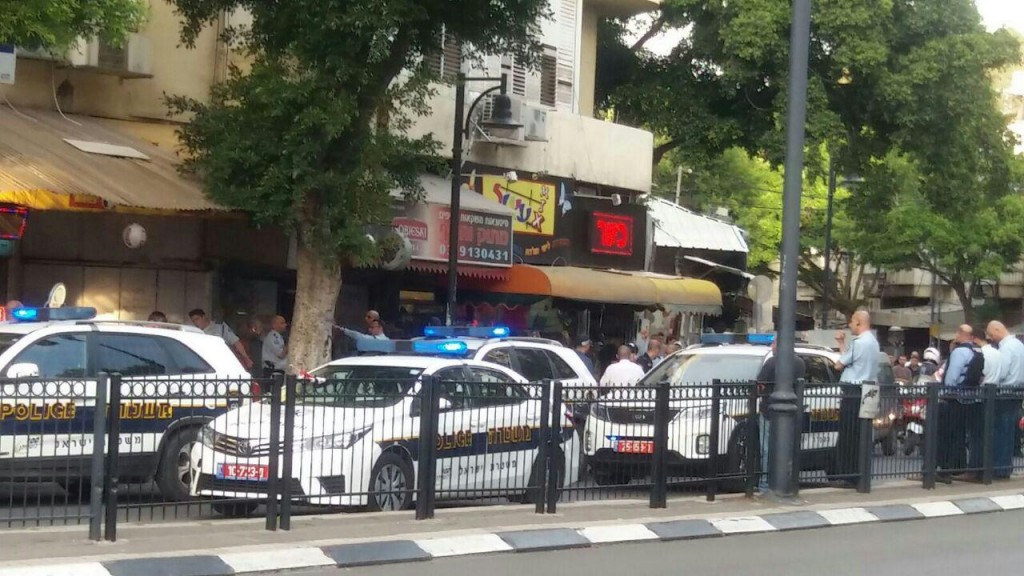 An Israeli man, said to be in his 30s, was stabbed by an Arab Tuesday afternoon in Petach Tikvah, reported MDA.

The man was stabbed several times, at the entrance to a store on Habaron Street, near the city’s market, in his upper body, and was lightly to moderately wounded. He was treated at the scene of the attack and was later taken to the Beilinson Hospital in Petach Tikvah, in a stable condition.

Using the knife of his attacker, the Jewish man stabbed the Arab, who later died of his wounds.

This was the third attempted attack of the day, after security forces prevented a terror attack outside the Damascus Gate in the Old City of Yerushalayim in the morning. Later, Border police successfully quelled a major Arab riot in the Kalandiya refugee camp Tuesday, after an Arab was arrested and taken into custody and was found to be carrying a large knife.