Israel Biden Touches Down in Midst of Terror Rampage
Israel 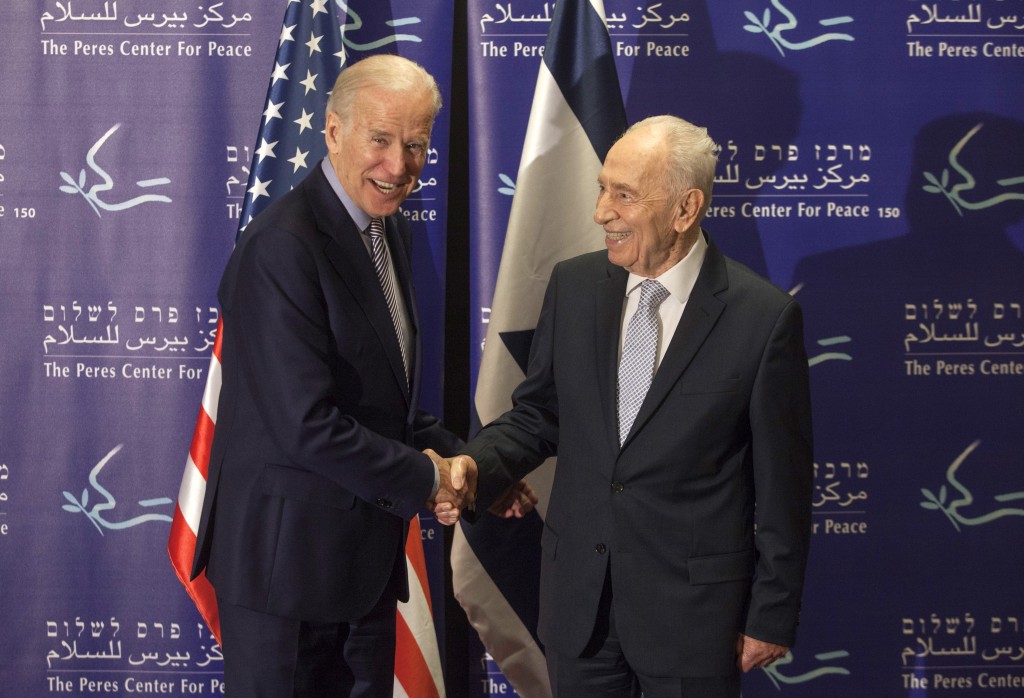 As bloody terrorist attacks in three different locations around the country were being carried out on Tuesday, U.S. Vice President Joseph Biden arrived at Israel’s Ben Gurion International Airport for his long-anticipated two-day visit.

Biden spoke on Tuesday evening at the Peres Center for Peace in Jaffa, where he pledged “total, unvarnished commitment” to the security of Israel.

The Peres Center is just a half-mile from the area where one American tourist was killed and 10 Israelis wounded, some seriously, by a terrorist stabber, shortly before, at the port of Jaffa.

The sirens of ambulances rushing to the scene of the Jaffa attack were clearly audible as Peres hosted Biden, Israeli media reported.

A source from Biden’s entourage said the vice president’s delegation was aware of the incident and had not altered its schedule. Security precautions were fully adequate to ensure his safety, it was said.

On Sunday, Prime Minister Binyamin Netanyahu told attendees at the weekly cabinet meeting that Biden’s visit “expresses the strong relations between Israel and our ally the U.S.”

“There are those who predicted the collapse of these relations — it is not so. The relationship is strong in all areas, and also in face of the challenges that we are together standing against in our region. I will discuss this, of course, with the vice president during his visit,” he said.

The two leaders are expected to talk about Iran, Syria and the frozen Israeli-Palestinian peace process, although no new initiative on that front is expected during the visit.

He last visited Israel and the Palestinian territories in 2010.