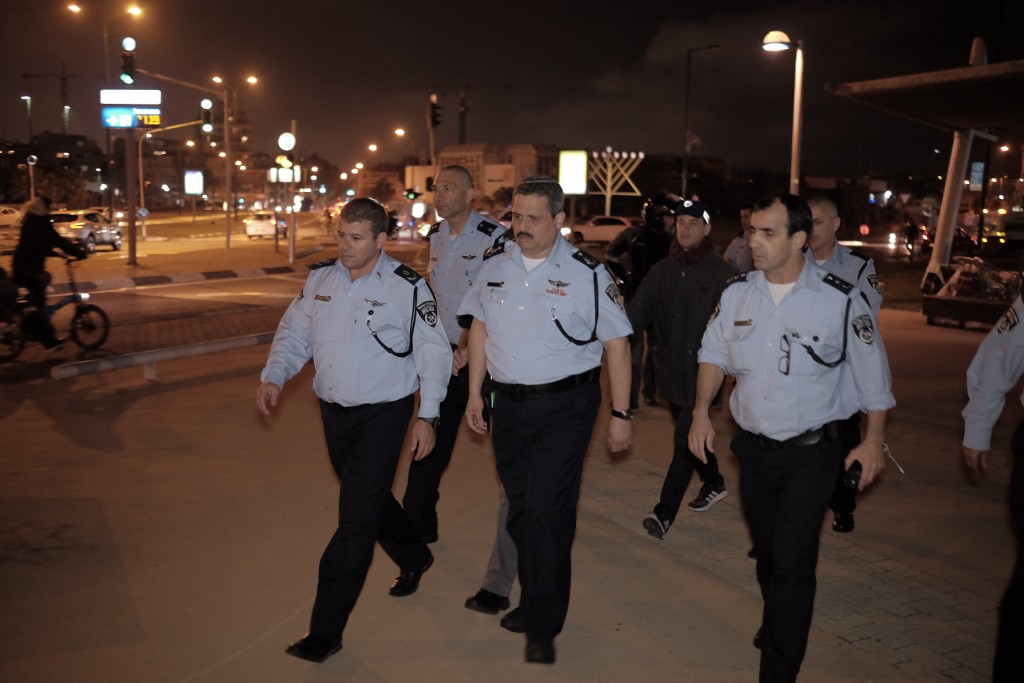 In the early morning hours of Tuesday, as security forces deployed for the day’s work in the cities, their commanders told them: “Pay attention, this afternoon, U.S. Vice President Joseph Biden is expected to arrive, and on a day like this, we have to be especially alert so as not to be taken by surprise.”

So the surge of terror attacks in Israel during the past day was no surprise. They were part of the unbroken chain of attacks that have been going on here for some six months. There are days of few attacks, and days of more attacks. The wave continues, with its ups and downs.

The question that everyone rushed to ask on Tuesday night was whether there was any connection between the attacks of the last 24 hours — in Jaffa, Petah Tikvah and Yerushalayim, which took the life of one American and left 16 other people wounded, six in serious condition.

Senior civilian and security officials hastened to declare that Tuesday’s attacks were unrelated to one another. This was intended to discourage anyone from saying that someone was directing them. As long as there is no clear evidence for Option A, one cannot rule out Option B — even though, on the surface, it is possible to characterize each incident as isolated. Maybe there is no one directing any terrorist in any specific mission or target. But definitely in the Palestinian Authority there are centers of incitement, which, beyond creating a general atmosphere of hatred and violence against Israelis, also publicize when would be a good time to launch an attack.

Therefore, it is impossible to ignore the timing and location of Tuesday’s bloody incidents on the evening of Vice President Biden’s arrival. At the very moment that he entered the city of Jaffa, a terrorist from the Shomron, over an hour’s travel time from there, arrived to carry out an attack on the border of Tel Aviv-Jaffa, less than a mile from where Biden was visiting.

It is impossible to ignore the fact that the terrorist in Jaffa apparently knew exactly when Biden was supposed to arrive. Nor is it anything new. In the past, as well, terrorist attacks have taken place coinciding with the visits of important dignitaries. One who makes the connection between the two cannot be dismissed out of hand. From the interrogations of terrorists in past years, it emerged that they were, in fact, directed to act when senior American officials were in Israel.

It is also worth noting that the terrorist began his spree targeting an American tourist, and then continued stabbing whomever he came upon.

There was another reason for the surge on Tuesday. It was connected to a very imprudent announcement by an Israeli official who said that “the Intifada has apparently ended.”

The declaration made headlines in the Palestinian media, and put Israeli security forces on alert. It was clear that when you announce the end of a terror wave, someone from the other side will set out to prove how wrong you are chas v’shalom

In this connection, it is worth noting an announcement put out by Hamas on Monday night in Gaza, which began with the words: “The Intifida isn’t over. It continues.”

Then, too, we must take note that in the incident in Yerushalayim on Tuesday, the Palestinian terrorist was armed with an automatic weapon, and seriously wounded two Border Police officers.

It brings us back to the semantical question: Is this an Intifada, or a “mere” terror wave?

The difference, a senior security official explained to us months ago, is this: “As long as they are throwing rocks and firebombs, and even stabbing and car-ramming, it’s still ‘a wave of terror.’ But when they begin shooting, it’s an Intifada.”

The number of incidents involving live ammunition has steadily increased. On Tuesday, it reached a new level when a terrorist shot scores of bullets, exchanging fire for almost five minutes with police and soldiers at the scene.

As these lines are being written, all the Israeli security officials are gathering for an emergency meeting. The purpose is to determine whether it is necessary to change approach in order to prevent any further escalation of the violence.

And there definitely is something to change. First, to raise the level of alert — which is already high, but apparently not high enough.

Secondly, the time has come to consider more severe deterrent measures, such that will send a message to the attackers that if they act they will lose. Their homes will be demolished. Permits to travel and work in Israel should be revoked. And perhaps the time has come to adopt the approach of Yitzhak Rabin, not known as a right-winger, who did not hesitate during the Intifada to expel the family members of these murderers to Gaza, Lebanon and Syria.

While on the one hand it was a routine day of terrorism, it was nevertheless a day that the Palestinians can point to as one of achievement for their cause. In order to prevent further “achievements” of this sort, a suitable response is called for, that will force the terrorists, whether they act on their own or are directed by someone, to think twice whether it’s really worth the price they and their families will have to pay.

If the level of the Israeli response will not be raised, the level of Palestinian terrorism will be, and in the end there will be no choice but to act more harshly. But then it will come, chas v’shalom, after more orphans and bereaved families are added to the rosters of the victims of terror.

If it can be prevented at this stage, it would be well to do so without delay.