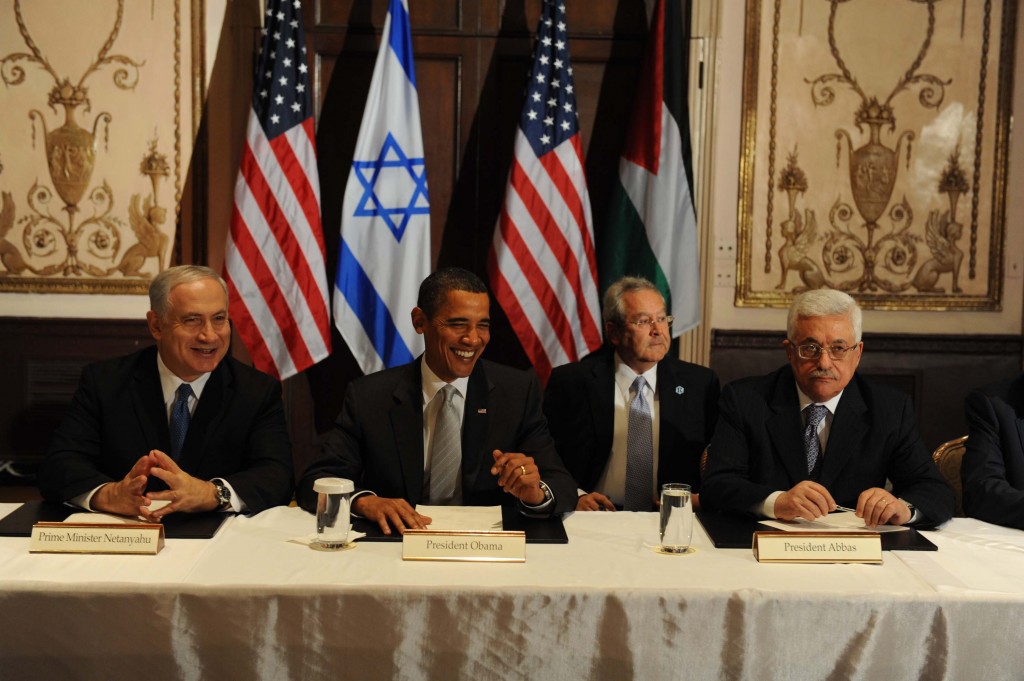 A lame duck he may nearly be, as his presidency winds down, but that is not stopping President Barack Obama from taking one last stab at the Middle East peace process – and this time, said analysts, he is likely to take off the kid gloves and apply significant pressure on Israel to accept his terms.

A report in The Wall Street Journal Monday said that Obama was rejiggering the plan presented several years ago by Secretary of State Kerry, which essentially demanded that Israel withdraw to the 1967 armistice lines (except for minor border adjustments) and accept a Palestinian state as the sovereign in most of Yehudah, Shomron and Gaza.

If the Palestinians are amenable, the plan says that a deal could be worked out for land swaps that would leave the large settlement blocs in Israeli hands, in exchange for Arab population centers within the green line 1948 armistice borders. Both the Palestinian leadership and Israeli Arabs in areas that are likely to be swapped have rejected the idea out of hand.

Yerushalayim, or at least parts of it, would be the Palestinian state’s capital, under the plan. The fate of the Jewish Quarter in the Old City and the Kosel would be subject to negotiations.

In the interim, Israel would immediately halt construction in all areas of Yehudah and Shomron and in most of Yerushalayim. In exchange, the Palestinians would recognize Israel’s right to exist – something that has not yet taken place – and rescind all claims to land within the green line.

The report says that Obama is likely to back up his peace efforts with solid persuasion. “The strongest element on the list of options under consideration would be U.S. support for a Security Council resolution calling on both sides to compromise on key issues, something Israel had opposed and Washington has repeatedly vetoed in the past,” the Journal said.

Commentators on Army Radio interpreted that as meaning that the U.S. would fail to veto resolutions in the Security Council against Israel, which the administration has done until now. “Now that Obama is leaving office he doesn’t have to curry favor with Jewish voters, since he really isn’t such an enthusiastic supporter of Senator Clinton,” who would likely bear the brunt of anger among Jewish voters if the U.S. lets the Security Council condemn Israel, said one analyst. “This is his chance to do what he has always wanted to do – some would say to solidify his legacy, while others would say to get back at Prime Minister Netanyahu for his perceived uncooperativeness over the years.”