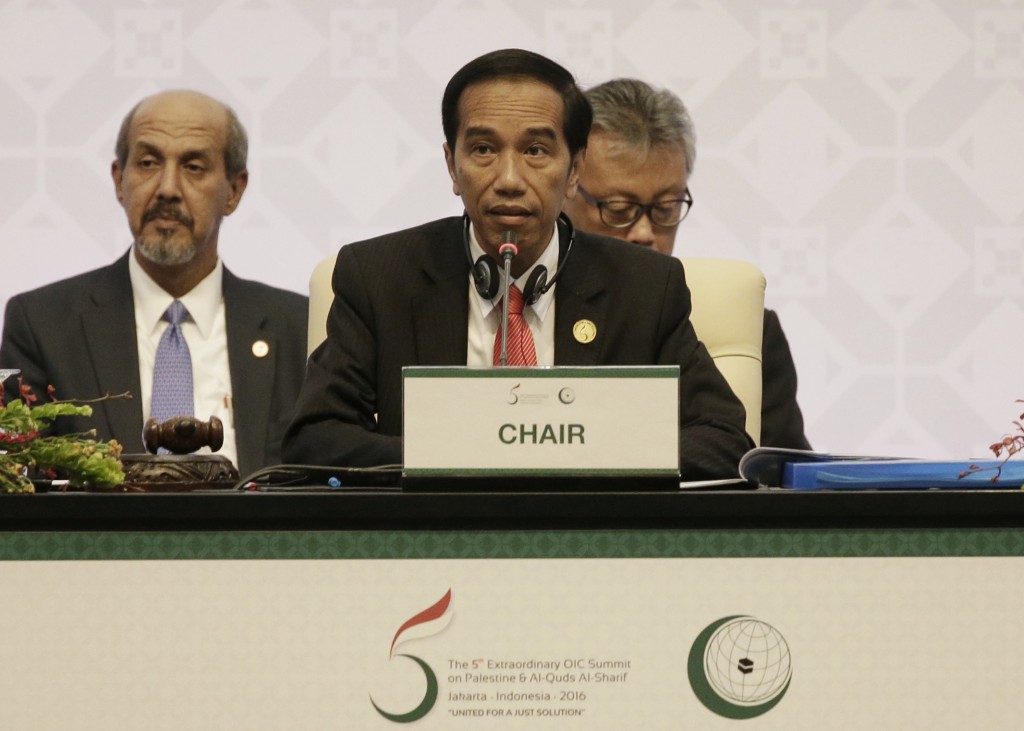 Indonesia’s president on Monday urged a summit of Muslim nations to be part of the solution to the Israeli-Palestinian conflict rather than part of the problem.

President Joko “Jokowi” Widodo, who heads the most populous Muslim nation, said the entire world is concerned by the deterioration of the situation in the Mideast and criticized what he called Israel’s “unilateral and illegal policies.”

Officials from 57 countries are meeting in the Indonesian capital, Jakarta, for a special summit of the Organization of Islamic Cooperation that is focused on the problem. The Middle East quartet — consisting of the U.N., Russia, the United States and the European Union — and permanent members of the U.N. Security Council are also represented.

Egyptian Foreign Minister Sameh Shoukry said his country doesn’t waver in its belief that what the Palestinians need is independence and the right to determine their own affairs.

“The complexity of the problems continues to emerge in the Middle East, but the condition of Palestinians has always been a concern for Muslims in the world. Resolving the al-Quds issue can create peace in the region,” he said, using a Palestinian name for Yerushalayim.

Among the leaders at the Jakarta meeting is Sudanese President Omar al-Bashir, who is wanted by the International Criminal Court on war crimes allegations linked to the conflict in Sudan’s Darfur region. Indonesia is not an ICC member state.