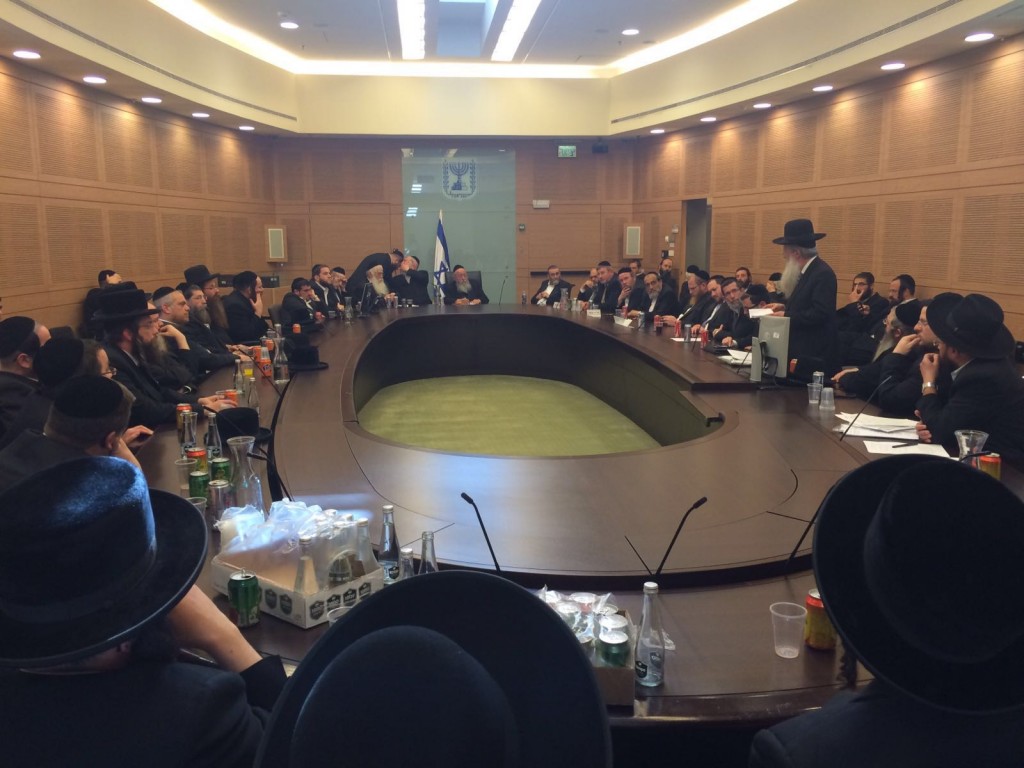 Principals of elementary school yeshivos throughout Eretz Yisrael held an urgent meeting on Monday with UTJ MKs to discuss the ongoing crisis regarding the unacceptable level of interference by officials of the Education Ministry.

At the meeting, MK Rabbi Moshe Gafni relayed a directive from Hagaon Harav Aharon Leib Steinman, shlita, instructing the staff of the mosdos not to cooperate with inspectors from the ministry.

Rabbi Gafni noted that an identical directive was also given by the Vaad Harabanim La’inyanei Chinuch, which is under the auspices of the Moetzes Gedolei HaTorah.

Sources told Hamodia that the current crisis is a result of policies put in place by the previous Education Minister, Shai Piron. A number of staff members hired by Piron are still working at the ministry, and they are blamed for what observers are calling an ongoing pattern of harassment of chareidi institutions.

At the meeting with the UTJ MKs, which took place in the Knesset building, the principals described an unprecedented level of interference by inspectors, including a demand that teachers — even those teaching in pre-schools — attend secular training seminars at which subjects that are antithetical to Torah hashkafah are taught.

Because they refuse to allow the government to dictate their curriculum, their schools receive only 55% of the budget that the state-run mamlachti schools get. Nonetheless, inspectors are walking into classrooms and giving unsolicited instructions to teachers.

Health Minister Rabbi Yaakov Litzman related that on Sunday he raised the issue, among other pressing matters, with Prime Minister Binyamin Netanyahu, and stressed to him that the current situation cannot continue.