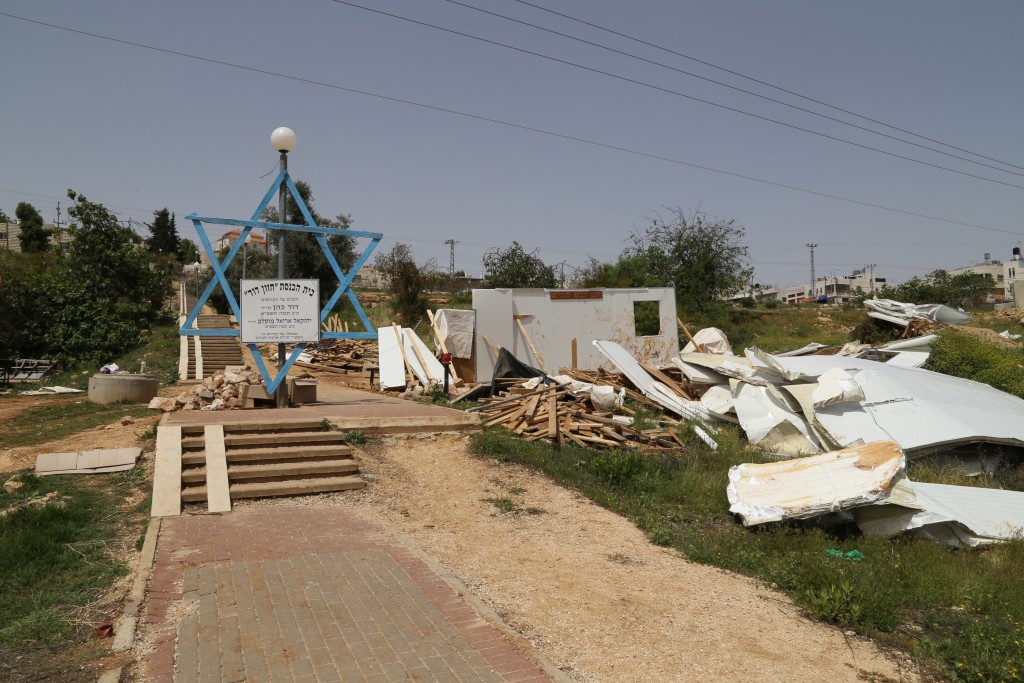 Yassam Special Forces early Monday destroyed a shul in Kiryat Arba that the government claims was built illegally – for the 49th time, Israel Radio reported. The Chazon David shul will be rebuilt, residents of an outpost next to Kiryat Arba say.

The shul was established in 2002, in honor of two Kiryat Arba residents, Yechezkel Moallem and David Cohen, Hy”d, who were murdered in a single day in two separate terror attacks in 2001. The Civil Authority has since then demolished the building numerous times, claiming that it was built on private Arab land.

Residents said that the officers allowed members of the shul to remove the sefer Torah, siddurim, and other objects from the building before demolishing it. Beginning Monday morning, volunteers were at the site clearing the site and preparing for reconstruction, in the hope that in its Yovel incarnation, the shul will be left alone by authorities, the report said.