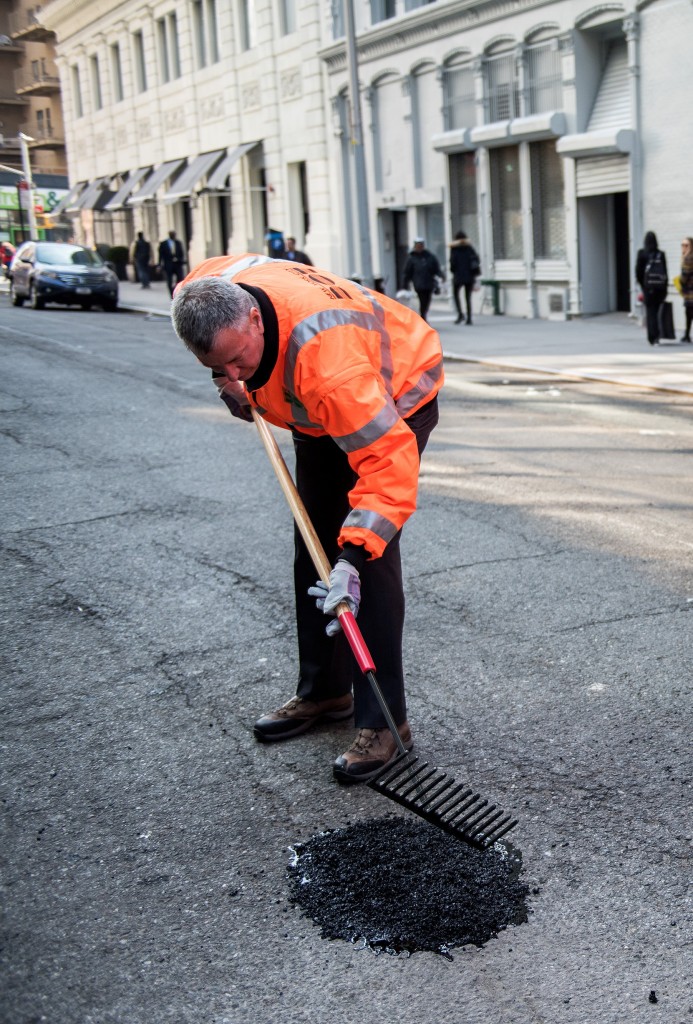 Mayor Bill de Blasio on Monday filled his millionth pothole since he was elected in 2014, in what he called a “symbolic gesture” to mark his expansion last year of the resurfacing of New York City’s streets and roads.

Joining him in the East Village event was Transportation Commissioner Polly Trottenberg who is in charge of repaving 2,500 lane miles by the end of next year.

“As the weather begins to warm even slightly as we head into spring, we should expect some potholes,” de Blasio said in a statement, “but New Yorkers should know DOT crews are out there fixing them seven days a week.”

In 2015, the mayor announced a $1.6 billion commitment to resurface roads all over the city over the next decade, with 2,500 lane miles to be resurfaced in the first 18 months. This past December, the Mayor announced that 1,100 miles had already been completed, including the FDR Drive, which was comprehensively repaved for the first time in 50 years.

During pothole season, which generally runs from December through June, anywhere from 25 to 75 separate crews are dispatched daily.