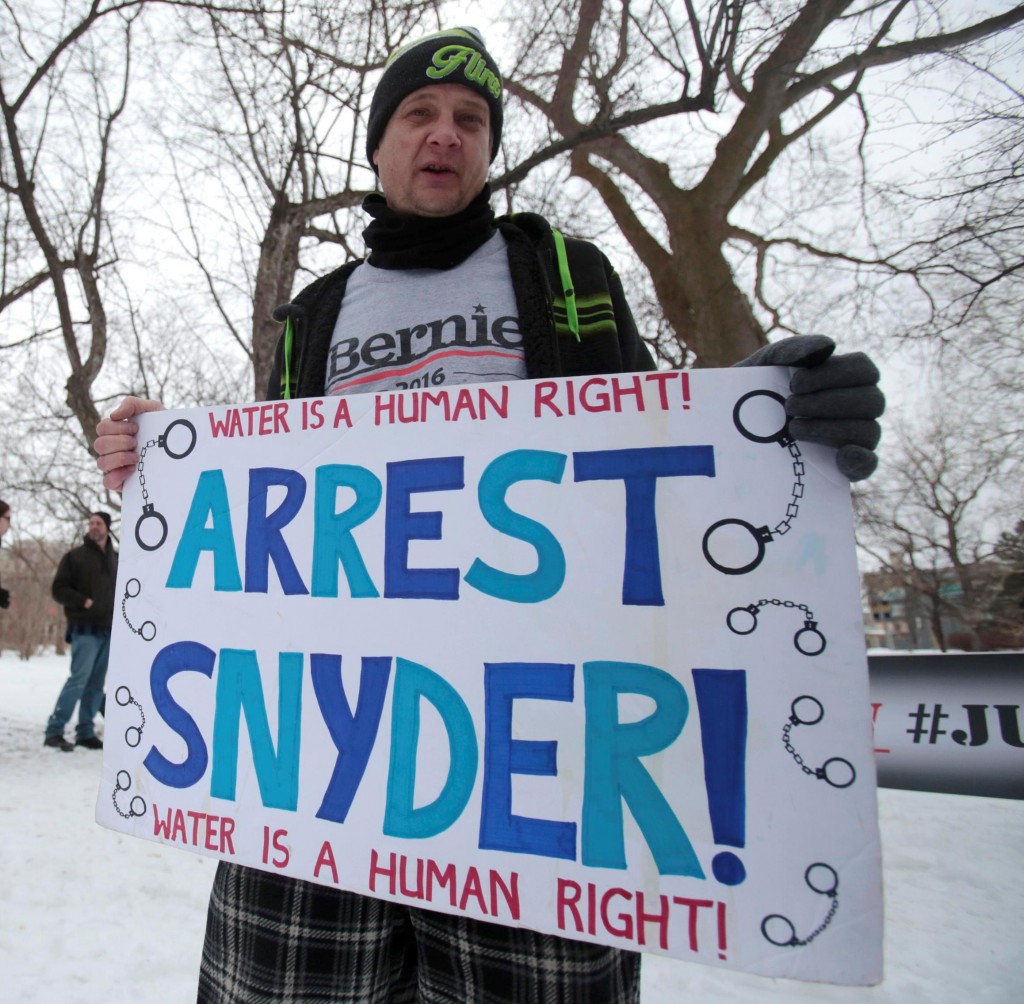 A lawsuit stemming from Flint’s lead-contaminated water was filed Monday on behalf of the city’s residents against Michigan Gov. Rick Snyder as well as other current and former government officials and corporations.

The federal lawsuit – which is seeking class-action status – alleges that tens of thousands of residents have suffered physical and economic injuries and damages. It argues that officials failed to take action over “dangerous levels of lead” in drinking water and “downplayed the severity of the contamination” in the financially struggling city.

Snyder’s spokesman Ari Adler said the administration doesn’t comment on pending litigation, but is “staying focused on solutions for the people of Flint.”

Flint, with a population of about 100,000, had switched from Detroit’s water system to the Flint River as a way to save money until a new pipeline to Lake Huron was ready. But during those 18 months, the corrosive water leached lead from the city’s old plumbing because certain treatments weren’t added to the water.

The report came as crews in the city started to dig up old pipes connecting water mains to homes.