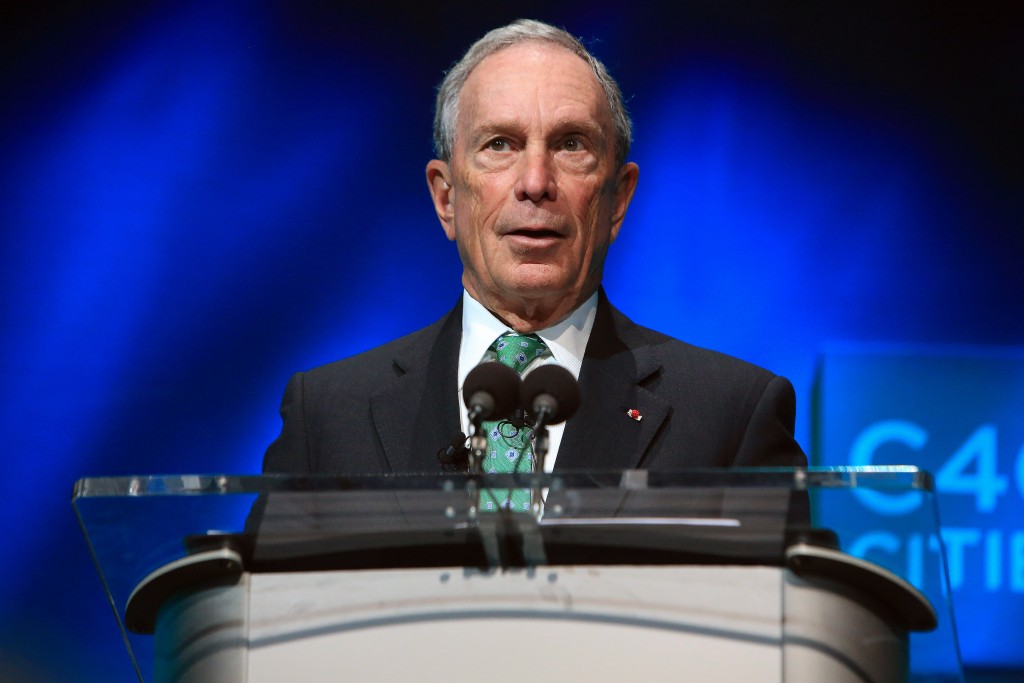 Former New York City Mayor Michael Bloomberg said Monday that he will not run for president as an independent, in a move that would have roiled this year’s already extraordinarily unpredictable presidential campaign.

The billionaire, who has spent months mulling an independent campaign, made his decision official through an editorial posted by the Bloomberg View.

“There is a good chance that my candidacy could lead to the election of Donald Trump or Sen. Ted Cruz,” Bloomberg wrote. “That is not a risk I can take in good conscience.”

Bloomberg was blistering in his critique of Trump, saying the real estate mogul has run “the most divisive and demagogic presidential campaign I can remember, preying on people’s prejudices and fears.”

He was similarly critical of Cruz, saying the Texas senator’s “pandering on immigration may lack Trump’s rhetorical excess, but it is no less extreme.”

Bloomberg made only an oblique reference to Democrats Hillary Clinton or Bernie Sanders and did not endorse a candidate.

The former three-term mayor – who had indicated he’d have spent $1 billion of his own money on the run – had set a mid-March deadline for his team of advisers to assess the feasibility of mounting a run, believing that waiting longer would imperil his ability to complete the petition process needed to get on the ballots in all 50 states.

Those close to the process said Bloomberg had believed the dominance of Donald Trump among Republicans and the rise of Bernie Sanders amid Democrats had opened a centrist lane for a non-ideological, pragmatic campaign. But Hillary Clinton’s string of recent victories has given her a firm grip on the lead for the Democratic nomination and is blocking Bloomberg’s possible path, aides to the mayor said.

The decision concludes Bloomberg’s third and likely final flirtation with a White House run, a possibility that had grown popular among New York’s business class and, the mayor’s aides had believed, could have resonated with moderates and independents across the nation dissatisfied with the polarization in Washington and the rise of the political parties’ fringes.

Aides to Bloomberg, the 74-year-old Democrat-turned-Republican-turned-Democrat-turned independent, have said their own polling suggested that Bloomberg had a viable path to the needed 270 electoral votes if Trump, whose inflammatory rhetoric has revolted the ex-mayor, and Sanders were the nominees. But an Associated Press-GfK poll conducted last month suggested that six in 10 Republicans and Democrats alike said that would not consider backing Bloomberg.

The path grew murkier after Clinton bounced back from her New Hampshire defeat to win in Nevada, South Carolina and a number of states on Super Tuesday. Some of Bloomberg’s advisers still made the case that that the former mayor, who would blanket the airwaves with ads, could win enough states to send the race to the House of Representatives, where he would then likely need to persuade several GOP-controlled state delegations to back him and give him the White House.

But Bloomberg – known largely outside New York for his crusades against guns and big soda, positions likely unpopular with Republicans nationwide – grew worried that he would siphon more support from Clinton than Trump, ensuring that part of the mayor’s carefully managed legacy would be that he helped give Trump the White House.

It was a chance Bloomberg was not willing to take.

One of the richest people in the United States, estimated to be worth $38 billion, Bloomberg has previously toyed with presidential runs, but concluded ahead of the 2008 and 2012 campaigns he could not win. He delivered a powerful late endorsement of President Barack Obama’s re-election effort, though he’s been known to criticize the president personally in private conversations.

The founder of the financial news and information provider Bloomberg LP, he was a political novice when he launched an unlikely bid for mayor in 2001.

He is largely a social liberal and implemented a number of health reforms in New York City, banning smoking in public places and instituting calorie counts on menus.

He has also become arguably the nation’s most vocal proponent of gun control, using his fortune to bankroll candidates across the country who clash with the National Rifle Association. But liberals have found fault with his cozy ties to Wall Street and his unquestioned support for the New York Police Department, which drove down crime during his tenure but engaged in tactics that a federal judge later ruled discriminated against minorities.

After leaving office, he returned to running his company, which posted $9 billion in revenue last year, and continues to run his foundation. He gave away more than $500 million in 2015.