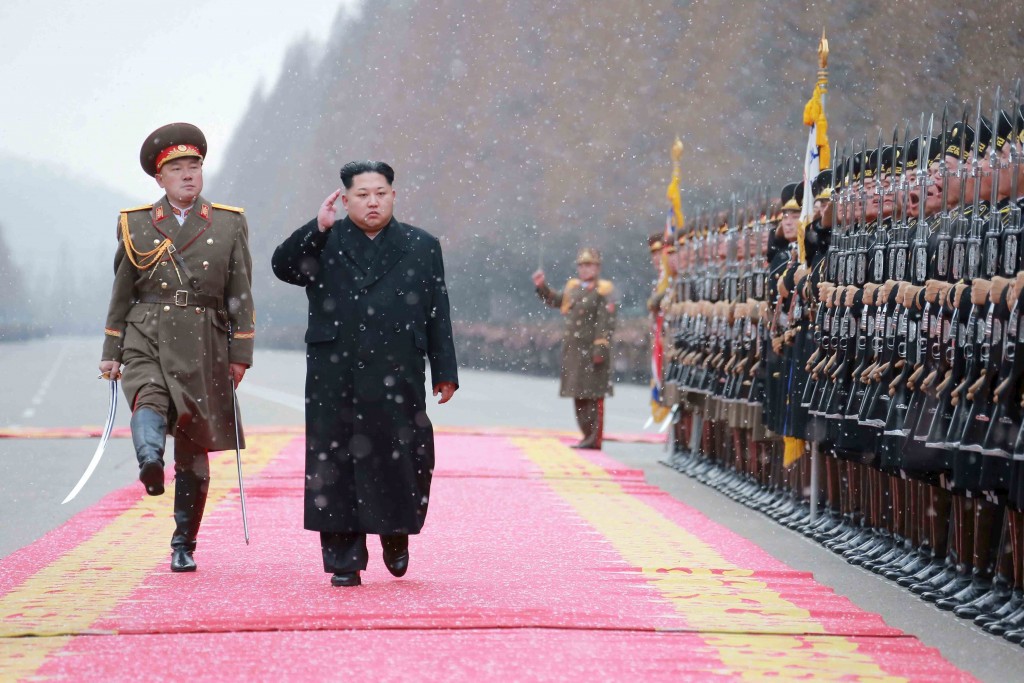 When North Korea makes threats to nuke its enemies, as it has twice over the last several days, outsiders often have one of two reactions: to dismiss it as yet another example of empty propaganda or to panic.

There are good reasons to do neither. There are many ways the North can retaliate that fall short of war, nuclear or conventional.

North Korea’s latest warning came Monday in response to the beginning of annual South Korean-U.S. military drills, and included vows to turn its enemies into “seas of flames and ashes” with nuclear missiles aimed at South Korea, U.S. bases in the Pacific and the U.S. mainland.

Pyongyang always responds furiously to the springtime South Korean-U.S. drills, which it views as an invasion rehearsal. This year’s drills are the largest ever, meant to respond to the North’s recent nuclear test and long-range rocket launch. South Korea’s Yonhap news agency, citing unidentified military sources, reported that the allies will work on drills for precision attacks on North Korean leadership and its nuclear and missile arsenal in the event of war.

The first thing to keep in mind is that Pyongyang’s near-term nuclear warnings are mostly bluff; more of a strong deterrent that Pyongyang can use in its propaganda, rather than an actual sign of imminent war.

The North knows that its atomic program, which is still relatively primitive, is outgunned by the thousands of warheads the United States possesses. Pyongyang is very unlikely to do something that could lead to overwhelming retaliation by superior militaries in the United States and South Korea, and therefore end the ruling autocratic Kim dynasty in Pyongyang.

Still, the bellicose bluster is not without danger.

North Korea is so poorly understood by outsiders, even by analysts in the South, that its threats make the already jittery Korean Peninsula even tenser. This general anxiety causes both Korean militaries to bolster their positions and increases the possibility that a misjudgment by North Korea’s young leader, Kim Jong Un, could lead to an escalation of violence should a skirmish erupt. South Korea has vowed to hit back hard on future North Korean attacks, raising the possibility of escalation.

South Korean analysts believe North Korea will follow its nuclear threats with some sort of low-level provocation. It launched short-range projectiles last week, hours after the U.N. Security Council approved new sanctions, and it could fire more missiles or artillery pieces into the sea as a show of force. It also could stage a cyberattack, which South Korea says Pyongyang has done in the past.

Rather than traditional military confrontations, in which it would be heavily outgunned, the North favors covert, surprise attacks that South Korea cannot immediately respond to. In 2010, North Korea was said to have staged a torpedo attack on a South Korean warship and an artillery bombardment on a South Korean island that killed a total of 50 South Koreans. The ship sinking happened when South Korean and U.S. militaries were conducting springtime military drills.

North Korea denies it torpedoed the South Korean ship, though it acknowledges shelling the South’s frontline Yeonpyeong Island, its first attack on a civilian area in South Korea since the end of the 1950-53 Korean War.

The North’s tenaciousness marks another reason the threats should be worrisome.

The exact status of North Korea’s nuclear weapons program is a mystery, but a general outside consensus is that North Korea has yet to master the technology needed to build a nuclear-armed missile that can directly attack the U.S. mainland.

Still, after four rounds of tests since 2006, the North is thought to have a handful of rudimentary nuclear bombs. Some analysts think it can arm shorter-range missiles with warheads. And even a crude nuclear weapon could be delivered by other means, such as a plane.

The country, one of the world’s poorest, has also successfully sent satellites into orbit twice, rocket launches that outsiders say were covers for tests of banned technology used in long-range missile firing. Seoul defense officials believe North Korea doesn’t yet have a workable re-entry vehicle necessary to get a warhead safely back into the Earth’s atmosphere; this is something not tested in satellite launches.

Analysts, however, believe it’s only a matter of time before North Korea gets a reliable intercontinental ballistic missile because its scientists will continue to explode new, advanced atomic devices, and send up rockets, to improve their designs and technologies.