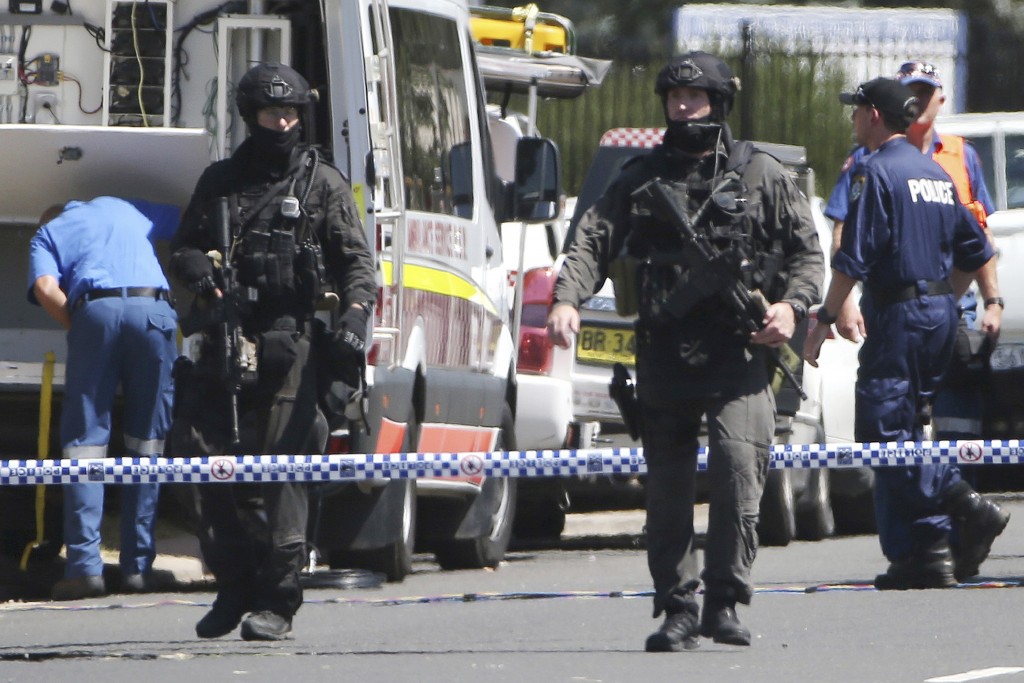 A man who police say fatally shot one person and wounded two others inside a western Sydney business was found dead inside the building after a six-hour standoff on Monday.

Heavily armed police moved into the sign-making business after spending hours positioned around the factory in an industrial area of Ingleburn, a suburb 40 kilometers (25 miles) southwest of Sydney. Once inside, they found a 33-year-old man dead of an apparent self-inflicted gunshot wound, said New South Wales police Detective Inspector Mark Brett.

Police also found three other people hiding inside the building and escorted them outside, Brett said. It was not clear whether they had been held inside by the shooter or had been hiding the whole time while they waited for the standoff to end.

Police were called to the business after receiving reports of gunfire. When they arrived, they found three men suffering gunshot wounds. One 43-year-old man died at the scene, and two others were taken to a hospital for treatment.

Police do not know what prompted the shooting, Brett said. He would not say how long the suspected shooter had been dead, or say whether police negotiators had been in contact with him at any point during the standoff. Brett declined to specify what kind of firearm was used, beyond saying it was a “long-arm weapon.”

One of the shooting victims was undergoing surgery, while the other had superficial wounds to the lower part of his body, Brett said.

The standoff brought the suburb of Ingleburn to a standstill throughout the day. Staffers at nearby businesses were told to stay inside and roads were blocked off in the area.