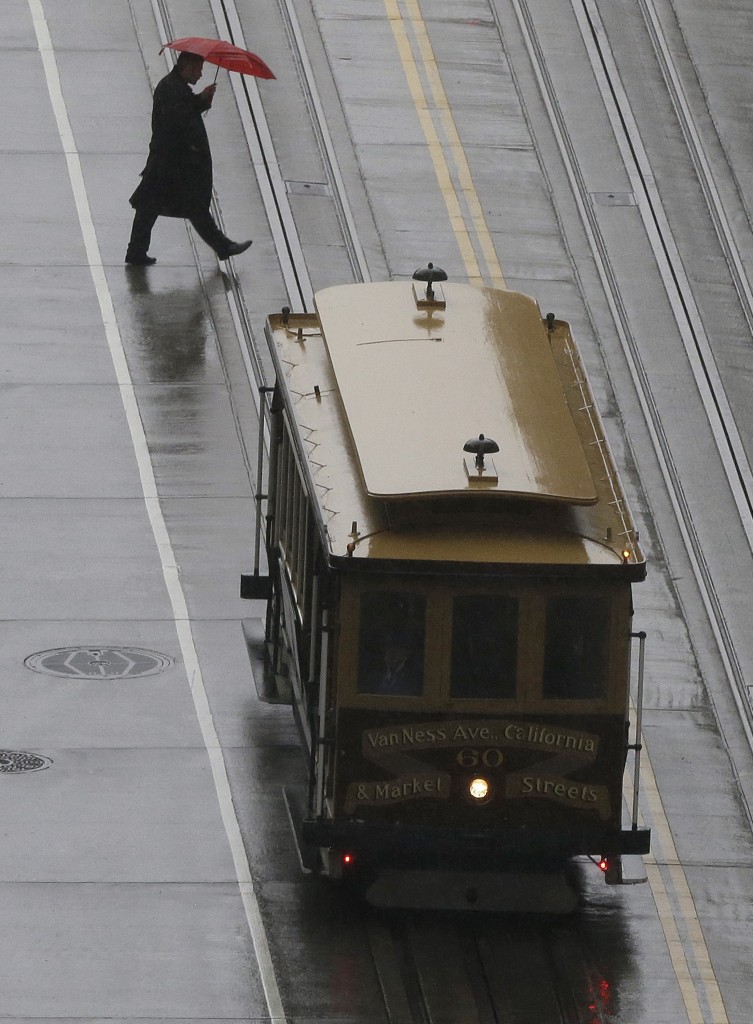 The first West Coast waves of a week of powerful storms arrived to provide strong evidence that March will not be as parched as the month that preceded it.

Steady rain fell in northern California on Saturday and was expected to go statewide Sunday. Fresh and growing snow blanketed the slopes of the Sierra Nevada, ending a dry spell and raising hopes the drought-stricken state can get much needed precipitation.

A seven-day total could approach 20 inches of rain in northern California and up to three inches in the southern end of the state, where rain is expected to arrive Sunday.

Farther north, a 48-hour winter storm warning went into effect in the state’s far northwestern and central areas, as well as the Sierra Nevada, where snow totals could range from 2 feet to 4 feet at elevations above 8,000 feet. Sierra snow levels will lower to near 4,000 feet by Sunday, forecasters said.

The Sierra snowpack, which normally stores about 30 percent of California’s water supply, was only 83 percent of the March 1 average when it was measured earlier last week. That’s much better than a year earlier, but after years of drought nearly all the state’s major reservoirs hold far less water than average by this time of year, the Department of Water Resources said.

Starting on Monday and continuing into the rest of next week, ample moisture will be pulled in from the Gulf of Mexico ahead of a slow-moving cold front, leading to days of rain for a large swath of the central and southern U.S., stretching from the central Gulf Coast up through to the Ohio Valley.

Heavy rainfall and flooding are possible throughout Oklahoma as a storm system makes its way through the state, with the strongest storms capable of producing large hail and damaging wind gusts, forecasters said.

The greatest threat for the heaviest accumulations of rain are northeast Texas into Arkansas and Louisiana and other parts of the lower or middle Mississippi River Valley, where five-day rainfall totals could exceed 7 or 8 inches.