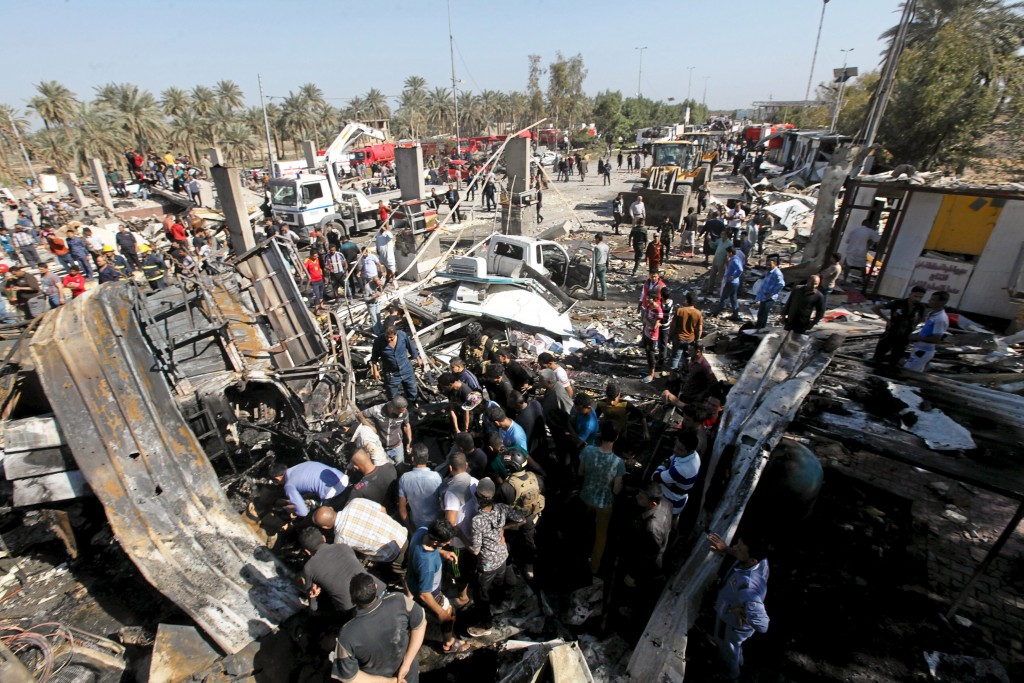 The Islamic State terror group claimed responsibility for a suicide attack with an explosive-laden fuel tanker at an Iraqi police checkpoint south of Baghdad, killing at least 60 people and wounding more than 70, medical and security officials said.

Responsibility was claimed in a posting on the site of the Amaq news agency, which supports the ultra-hardline Sunni terror group.

“A martyr’s operation with a truck bomb hit the Babylon Ruins checkpoint at the entrance of the city of Hilla, killing and wounding dozens,” the statement on the site said.

Hilla is the capital of Babylon province, a predominantly Shiite region with some Sunni presence.

“It’s the largest bombing in the province to date,” Falah al-Radhi, the head of the provincial security committee, told Reuters. “The checkpoint, the nearby police station were destroyed as well as some houses and dozens of cars.”

A provincial hospital official confirmed the number of casualties. Many had suffered burn injuries.