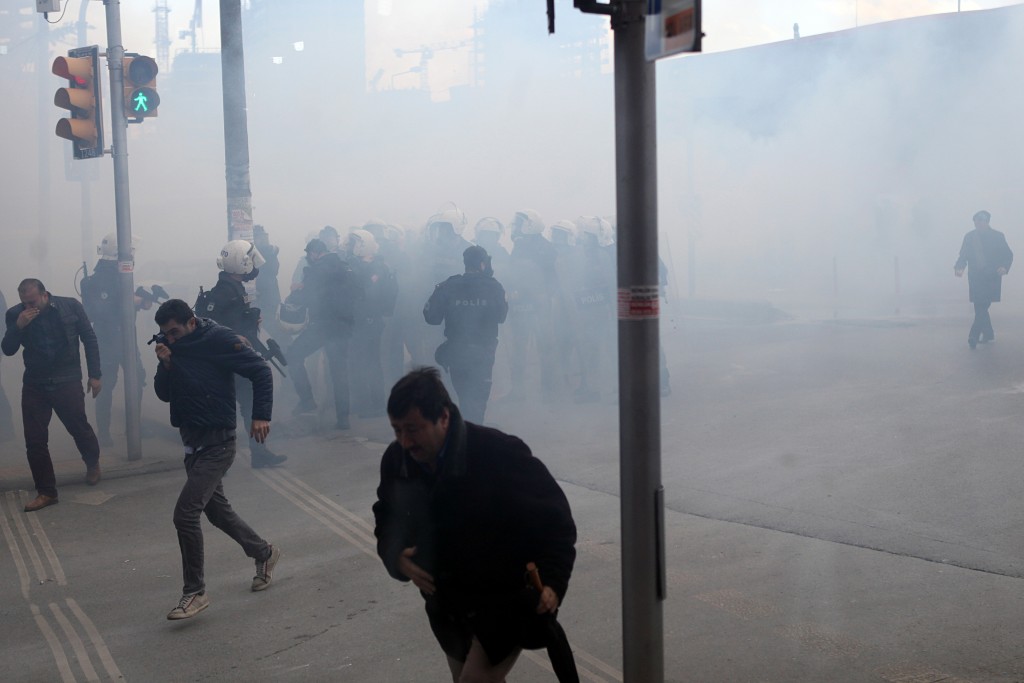 Turkey’s largest-circulation newspaper has adopted a more pro-government line in its first edition since a court ordered it to be seized, a move which has heightened fears over deteriorating media freedom in the country.

Police stormed the headquarters of the Zaman opposition newspaper Friday to enforce a court decision to place it and its sister outlets under the management of trustees. The step sparked two days of protests which police dispersed using tear gas and water cannons.

The newspaper was linked to President Recep Tayyip Erdogan’s top foe, the U.S.-based Muslim cleric Fethullah Gulen. Its takeover is part of a wider state crackdown on his movement.

The newspaper’s top story Sunday described how Erdogan attended a ceremony marking a key phase in the construction of a bridge in Istanbul.

Rights groups and European officials condemned the takeover, seeing it as proof that Turkey’s government silences dissident views. Other media outlets affiliated with Gulen’s movement were taken over in October, and companies including a bank have been seized, wiping out billions of dollars in valuations.

“Turkey has the right to question those who take part in a clear coup attempt, whether economic or journalistic, against an elected government,” Prime Minister Ahmet Davutoglu said while on a trip to Tehran.

“There is a legal process examining charges of political operations, including funneling illegal monies. We have never intervened in the legal process,” he said.

Erdogan has repeatedly pledged to crush Gulen’s conservative religious movement, which he said has infiltrated the police, judiciary and bureaucracy since his party won power in 2002.

“[We are] extremely worried about the latest developments on Zaman newspaper which jeopardizes progress made by Turkey in other areas,” European Enlargement Commissioner Johannes Hahn said.

European Parliament President Martin Schulz wrote that the takeover was “yet another blow to press freedom” and said he and Davutoglu would discuss it on Monday.

Critics have accused the European Union of turning a blind eye to Turkey’s rights record because it needs Ankara’s help in curbing huge flows of refugees and migrants.

Turkey, which borders Syria, Iraq and Iran, will join EU leaders in Brussels at a crisis summit on Monday. Davutoglu said the “positive agenda will now be occupied and stained” with the issue of press freedom.

“Any country, and in particular those negotiating EU accession, needs to guarantee fundamental rights, including freedom of expression, and due judicial process, in line with the European Convention on Human Rights,” the European Commission said in a statement.