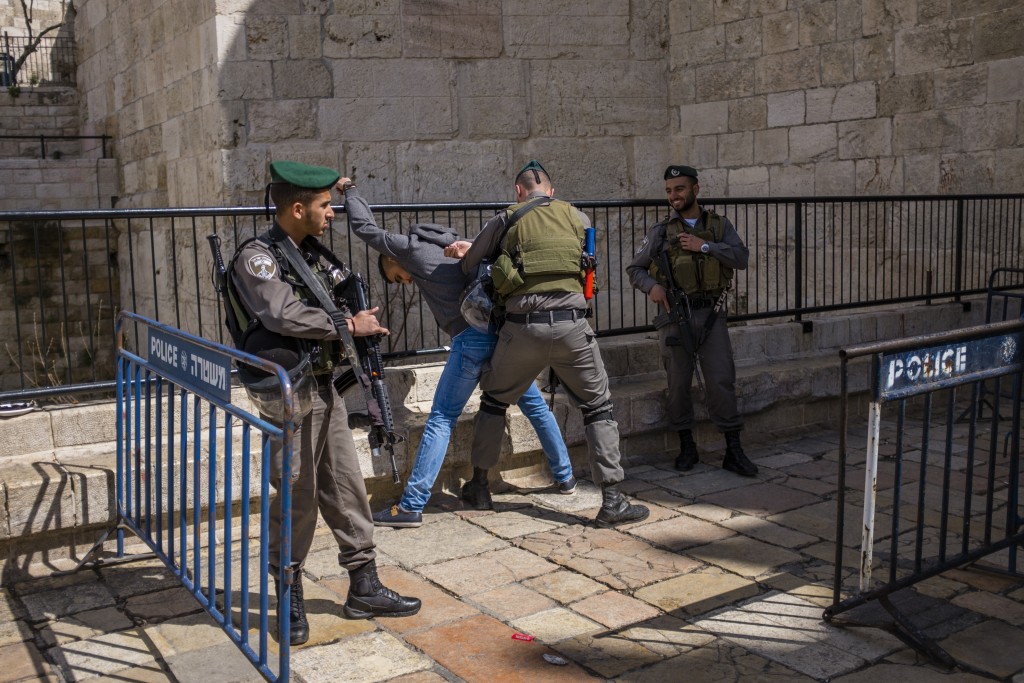 Israeli police put down what threatened to be a full-scale riot at Damascus Gate in Yerushalayim’s Old City on Sunday that was triggered by the arrest of a woman who had been shouting inflammatory comments, The Jerusalem Post reported.

The woman, who it turned out was connected with the recently banned Northern Branch of the Islamic Movement, attracted the attention of police by creating a disturbance at the volatile site where a number of terrorist attacks have been carried out in recent months.

“She was acting suspiciously and provocatively and using incitement to create a public disturbance in the Damascus Gate area, and when police questioned her she made a run for it to a nearby grocery store,” said police spokesman Micky Rosenfeld.

After police went in and arrested her, a mob of young Palestinian men gathered and began throwing rocks and bottles at officers, and a riot seemed about to break out. So, police dispersed them, using non-lethal methods. No other arrests or injuries were reported, said Rosenfeld.

After she was taken into custody, it emerged that the woman is a member of the radical Islamic Movement’s female Murabitat group, which, along with its male counterpart, Murabitin, was banned by the government from Har Habayis last October. Members of the outlawed groups were paid by the Islamic Movement to stalk Jewish visitors at the holy site, harangue them with anti-Semitic taunts, riot, and occasionally physically attack non-Muslim visitors.