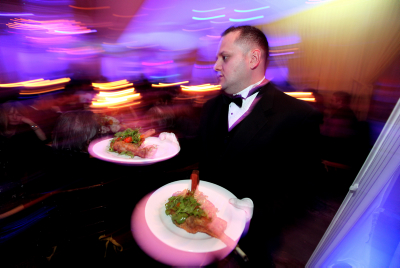 The Ministerial Law Committee on Sunday will consider the so-called “waiter’s rights bill,” which will require restaurants to pay staff at least the minimum wage, without taking into consideration the amount they receive in tips.

The law was authored by MK Dov Hanin (United Arab List), and is being co-sponsored by 63 MKs, guaranteeing its passage. The law is needed, said Hanin, to ensure that restaurant workers are treated fairly and that they are guaranteed at least the minimum wage, regardless of the whims of customers.

Currently, the law allows restaurants to pay workers as little as they wish – even nothing – allowing them to receive their wages based on tips, as long as those tips amount to at least the minimum wage. Many waiters who work at such establishments claim that they earn in excess of the minimum wage, but according to Hanin, they are getting cheated; under such an arrangement, businesses do not have to pay their workers overtime, sick pay, and other social benefits.

The bill takes into consideration the business situation of restaurants, and provides them with significant tax breaks for the first five years of the law’s implementation, in order to enable them to adjust to the new situation, said Hanin.

There are currently some 100,000 food service workers – waiters, kitchen workers and the like – who do not receive social benefits. Those benefits are worth at least some NIS 7,000 annually, the MK said. “A tip is not a salary,” said Hanin. “A tip is just what the name implies, money given by the customer to reward good service. A salary, on the other hand, is the money an employer is required to pay to workers. Even though waitering is seen as a ‘temporary’ job largely performed by young people, the average waiter remains in the trade for some three years, and these are years that they lost out on the benefits they have coming to them.”