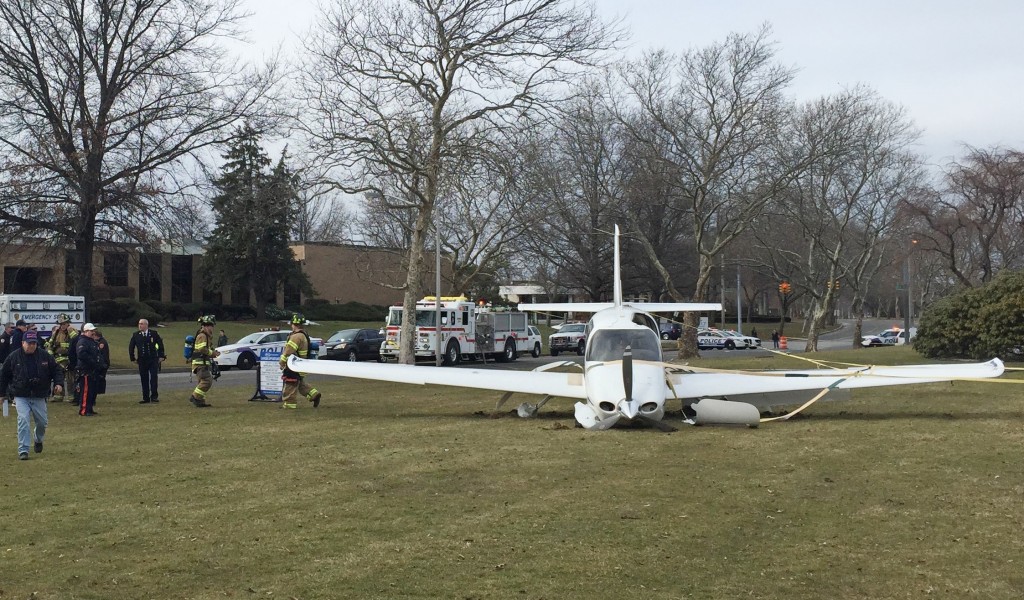 A small plane carrying a father and daughter returning from visiting a college in Rhode Island crash-landed in an industrial park on Saturday afternoon, but they suffered only minor injuries, fire officials said.

The Cirrus SR22 aircraft went down in a grassy area in Hauppauge, about 45 miles from Manhattan, authorities said.

“It landed picture perfect on the lawn of a factory,” Hauppauge fire Chief Eugene Oliver said. “This was a happy ending.”

Pilot Louis Obergh and his teenage daughter, Rachel Obergh, had traveled to visit the University of Rhode Island in Kingston, Rhode Island, and were approaching Republic Airport in Farmingdale when they began to experience an engine-related issue, he told Newsday. The plane, which had a large parachute attached to it, crash-landed about 8 miles from the airport.

“We got very lucky,” he said. “I never expected to ever have a problem like this. … It’s a scary day.”

The fire chief said Obergh made it out of the plane with only a small scratch on his head.

“A Band-Aid would’ve taken care of that,” he said. “How lucky is that?”

The Federal Aviation Administration said it was investigating. The National Transportation Safety Board will try to determine what caused the crash.