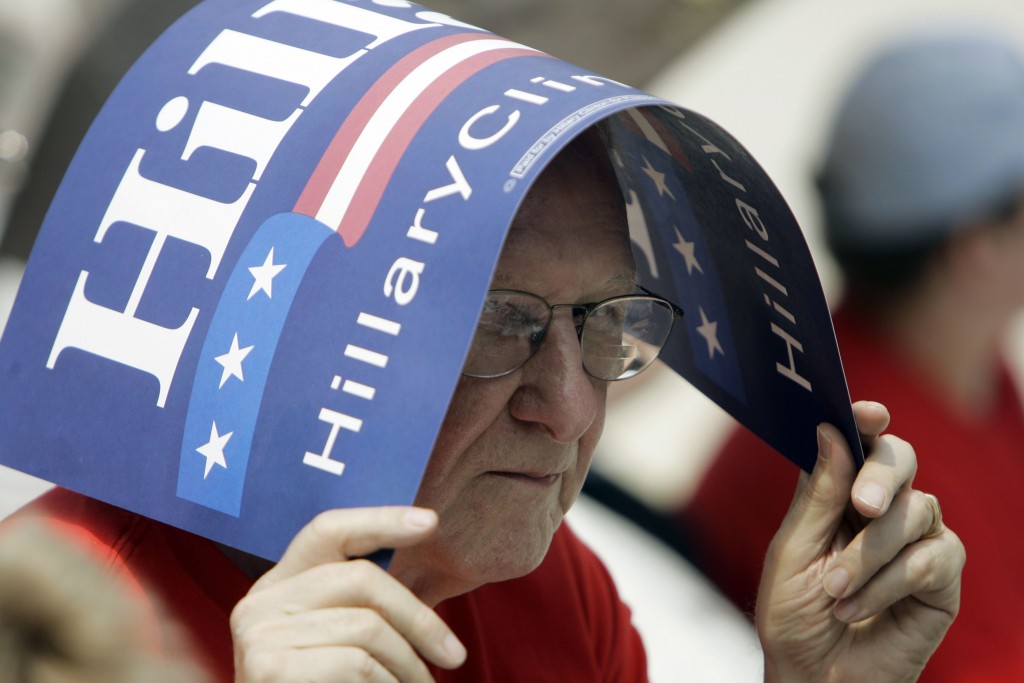 Sen. Bernie Sanders’s path to the Democratic nomination may be narrowing, but his record fundraising shows no sign of slowing down, ensuring that the long-shot rival to Hillary Clinton can remain in the race for months to come.

Sanders’s unique success at attracting political money, combined with his powerful appeal to young voters, means that he will keep raising and spending millions of dollars across the country – forcing Clinton to spend, too, and potentially allowing him to score enough victories to drag out the nominating contest and delay what is widely seen as Clinton’s inevitable pivot to the general election.

The lasting power of the senator from Vermont has triggered concern among some Clinton allies that it will weaken her – not only because she must spend precious dollars competing against him, but also because he is criticizing her in ways that could dampen enthusiasm for her in the fall. But others note that Sanders’s success has helped keep the Clinton campaign at a full tilt when fundraising otherwise might have lessened.

“We planned for a competitive primary and have beaten every goal we set for ourselves,” said Clinton campaign spokesman Josh Schwerin. “Thanks to smart investments, we have a commanding delegate lead and, as of the last filing, a 2-to-1 cash-on-hand advantage.”

Sanders’s ability to raise millions from small-dollar donors – and to continue to do so despite Clinton’s lead in the delegate count – has allowed him to press his case that she is overly reliant on wealthy donors.

It is that sense of outsider grievance that most threatens Clinton from the left and is forcing her to spend money and political capital, even in such states as Michigan, which votes Tuesday and where she has held a comfortable lead.

As of Saturday night, Sanders was on the cusp of collecting his 5 millionth contribution – a record-breaking figure and more than double the number of donations that Clinton has received. Yet Clinton holds a formidable lead over Sanders in delegates, and her campaign argues that it will be next to impossible for him to catch up.

Sanders and his supporters argue that there’s a chance he could still beat Clinton in pledged delegates. As long as he is still winning states, they say – as he did last week in Colorado, Minnesota, Oklahoma and Vermont – they think it is unreasonable for people to ask him to get out.

“This campaign is just getting started, and Bernie is going all the way to the Democratic National Convention in Philadelphia,” said spokesman Michael Briggs.

“As Secretary Clinton demonstrated in her long campaign for the nomination in 2008, a contest like that can strengthen the party,” Briggs said. “It’s vitally important for the Democratic Party to bring in the millions of people who Bernie Sanders can get into the process by registering young people and independents who will vote for Democrats up and down the ballot in November. It’s the voters who should decide this process, not the numbers crunchers and Washington pundits.”

Top Clinton aides recently told a group of leading donors that they expect Sanders to remain in the race – and to win states – through the spring. Sanders is also likely to continue to raise more money than Clinton at least in the near term, aides said, according to one supporter who heard the briefing.

Democrats backing Clinton are now reckoning with the potential for a Sanders challenge to sap energy and legitimacy from her campaign without threatening her hold on the nomination.

Clinton, meanwhile, has recently taken two valuable days off the campaign trail to raise money in California for use against Sanders now. In a one-week stretch later this month, she is scheduled to make seven fundraising stops in six states – Georgia, Tennessee, Connecticut, Virginia, Washington and California.

The Clinton campaign has not yet started soliciting donations for the general election. But she is raising big-dollar contributions for the Democratic National Committee through the Hillary Victory Fund, a joint fundraising committee between her campaign, the national party and 32 state parties. Events for the fund are helping stockpile the DNC with millions ahead of the fall campaign.

“The thing of concern to me of his staying in is the extent that he stays in and stays negative,” a supporter said, charging that Sanders has been bending if not breaking his pledge to keep his campaign positive. “The concern I’ve had is that the negative drumbeat continuing through May or even later is a prelude to exactly the kind of arguments the Republicans want to make.”

Clinton started spending money on ads last August, before any other candidate. She blew through more than $6 million in advertising in Iowa, where Sanders held her to an effective tie in the popular vote, and in New Hampshire, where he clobbered her by 22 percentage points.

Sanders’s performance energized his fundraising even more, giving him a leg up on Clinton in advertising in states much more favorable to her. Sanders is airing ads, or plans to, in virtually all states on the calendar between now and March 15, including some his aides concede he has little chance of winning, such as Mississippi and Florida.

He has heavily targeted Michigan, both on the air and with campaign stops, and also sees Illinois and Ohio as delegate-rich opportunities, aides said.

Clinton is campaigning more extensively in Michigan than had seemed likely just a couple of weeks ago, spending four days here ahead of Tuesday’s primary.

Clinton and Sanders will debate Sunday in Flint, and Clinton has agreed to join Sanders here on Monday for a forum hosted by the Fox News Channel, the network said Friday.

Fox News had announced Thursday that Sanders would appear alone at the hour-long town hall in Detroit after Clinton declined to appear, citing a scheduling conflict.

Michigan, which has been hit hard by losses of manufacturing jobs, is a key test of the appeal for the Democratic candidates in the industrial Midwest – and also an important indicator of Democratic strength for the fall election.

Sanders hopes for a strong showing to add momentum as the contest moves onto next-door Ohio. Each state has large numbers of working-class and lower-middle-class white voters who have rallied to Sanders’s message of economic justice.

The debate site in Flint was chosen to highlight the poisoned-water crisis in that majority-black, impoverished city.

“I was outraged when I heard about Flint,” Clinton told the ministers. “This is an issue that I have worked on, that I care deeply about.”.

Some Clinton donors said that the extended jousting actually helps keep her supporters engaged at a time when they otherwise may have felt that the need to give was less urgent.

So far, more than 850,000 individuals have given to her campaign, compared with more than 1.5 million who have contributed to Sanders.

But large donors still have supplied a much larger share of her money to date. As of Jan. 31, contributors who gave the $2,700 maximum had provided 56 percent of the total she had raised to date, while max-out donors gave just 3 percent of the money Sanders brought in during the same period, according to an analysis by the nonpartisan Campaign Finance Institute. Sanders has many more donors he can continue to hit up because they are not close to hitting the maximum.

“Rightly or wrongly, they concentrated on the max-out donors,” one backer said of the Clinton operation. “There are a lot of donors out there who can only give $100 or whatever, and the Sanders people have outperformed [President] Obama on that level, so unless his donors start to feel the effort is futile, he’s going to have the fuel to keep doing what he’s doing.”