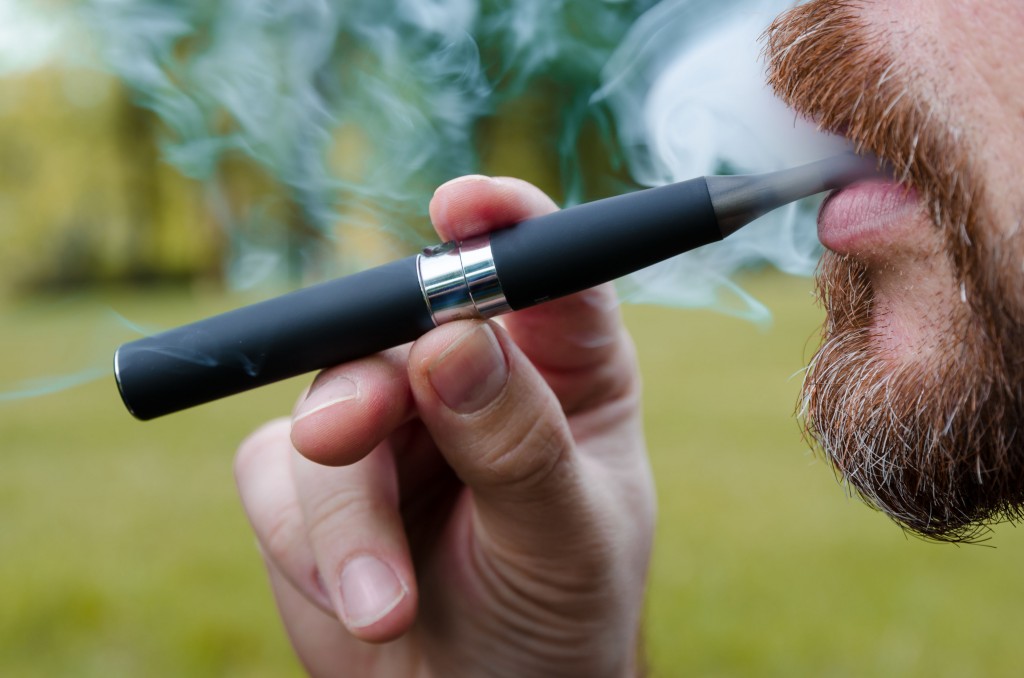 The way his lawyer tells it, 24-year-old Daniel Pickett was driving down a small-town street in Central Washington last December when the electronic cigarette he was holding made a funny noise.

“He noticed a static-y sound,” said Robert Sealby, of Wenatchee, who plans to represent Pickett in an eventual lawsuit. “Literally, half a second later, it vented, or exploded. It just really tore … his hand and arm.”

Pickett, of Cashmere, was rushed to a local hospital but had to be sent by air ambulance to Seattle. Five surgeries later, including skin grafts from his forearm and elbow, and Sealby said it’s still not clear whether the young man, who worked as a waiter, will regain use of his right hand.

Burn and trauma experts at Harborview Medical Center say Pickett is one of four young people since October treated for gruesome injuries caused by exploding e-cigarettes.

National fire experts say the Harborview cases are part of a small but disturbing trend linked to battery failures in the popular devices often touted as a safer substitute for tobacco cigarettes.

“I realized that this was something that was happening more frequently than we had previously recognized,” said Dr. Elisha Brownson, the Harborview trauma and burn critical-care fellow who’s tracking the problem.

“I just think that if people really knew this could explode in your face, they would consider twice putting a device like this to their mouth.”

A U.S. Fire Administration report found 25 injuries in the U.S. caused by e-cigarette explosions between 2009 and 2014. No federal agency regularly tracks such data, but the reports have continued to roll in, noted the agency’s Lawrence McKenna Jr.

It’s a growing problem in a country where e-cigarettes have become a $2.2 billion industry and use is climbing exponentially among adults and teens, according to federal statistics.

Nearly 13 percent of U.S. adults have tried e-cigarettes at least once and nearly 4 percent are regular users, the Centers for Disease Control and Prevention found. Among high school students, current use nearly tripled between 2013 and 2014, to more than 13 percent of the teens, the agency reported.

Advocates contend e-cigarettes are safer than traditional products because they don’t burn, which produces the toxins in regular smoke. A 2014 analysis of more than a dozen studies found no increased health risk in smokers who used e-cigarettes for two years compared with smokers who didn’t use the devices. But the report also concluded there wasn’t enough evidence compiled yet for a definitive answer about efficacy and safety.

Still, reports of blast injuries remain rare and usually involve use of the wrong type of battery charger, fire officials and an industry trade group said.

“When charged and used under proper conditions, vapor products pose no more of a fire risk than cellphones and laptops that use similar lithium-ion batteries,” Gregory Conley of the American Vaping Association said in an email. “However, when vapor products are subjected to extreme conditions or used with unwrapped or damaged batteries, shorts can occur.”

It’s not clear that Pickett and other Harborview victims could have done anything to prevent their injuries. The other patients treated at the burn center were holding the devices to their lips when the e-cigarettes exploded. The blasts caused such severe injuries that Brownson’s voice grew tight as she described them.

“They had not only burns to the face, but significant oral and tissue damage,” she said.

—In October, a 24-year-old man lost his eight front teeth, top and bottom, to the blast, plus had oral surgery later to remove four more. He suffered cuts to his lips and gums, plus burns to his right eye.

—This month, a 25-year-old man working in an e-cigarette shop suffered second-degree burns to his face and right hand when a device blew up.

None of those injured wanted to discuss the explosions or their injuries. Pickett agreed only to allow his lawyer to describe the case.

Previous controversy has centered on whether the devices actually help smokers stop or cut down on the use of traditional cigarettes and on reports of poisonings in young children who accidentally ingest the nicotine-laced vaping liquid, or “juice.” Scientists in Portland have reported finding poisons such as formaldehyde in e-cigarette vapor.

But the recent injury reports, including four cases at a Colorado burn center this year, train new attention on the tiny lithium-ion batteries that fuel the devices.

Unlike other electronic consumer devices, e-cigarettes may be particularly vulnerable to battery failure, the fire administration explained. About 80 percent of the incidents reported occurred when the batteries were being charged.

The vast majority of e-cigarettes are not regulated by the federal Food and Drug Administration, though new rules to expand the agencies’ oversight are being reviewed by the Office of Management and Budget. The batteries used in the devices aren’t regulated at all, the fire administration noted.

The landscape is so complicated, it’s difficult to know whom to sue for compensation for his client’s injuries. Should it be the smoke shop that sold the device? The battery maker, Samsung?

In the meantime, Pickett has moved back to his parents’ home to recover and, he hopes, regain the use of his hand.

“It’s just too bad. He’s 24 years old, a good-looking kid,” Sealby said. “I didn’t have any idea these things could do this.”