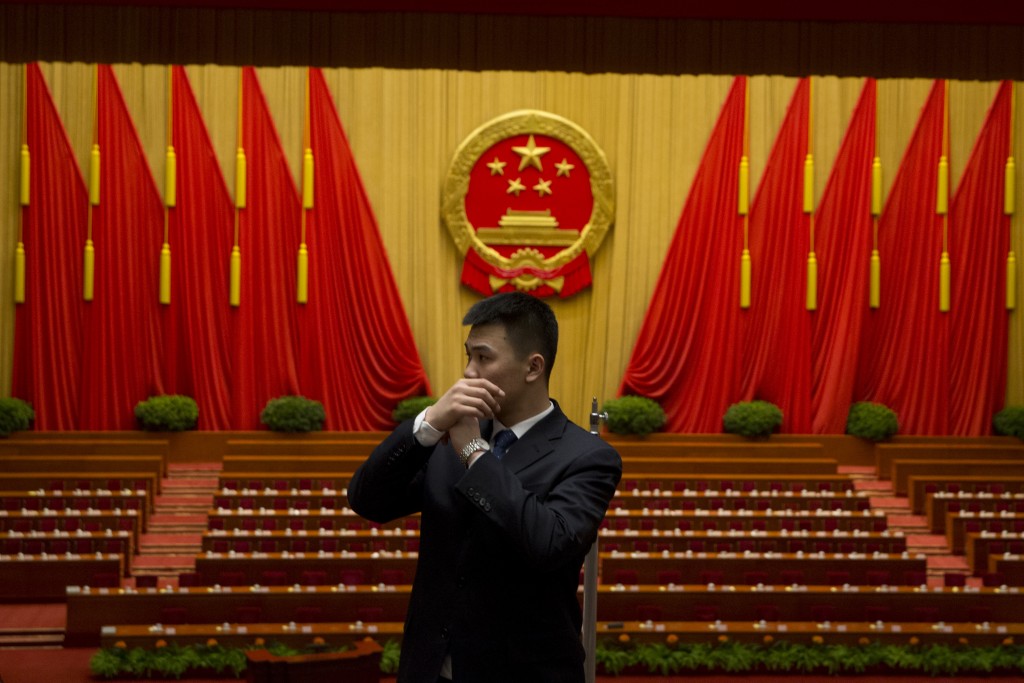 Want to succeed as a Chinese Communist Party official? Here are a few tips:

“Build understanding of the Three Stricts and Three Honests.”

“Build a moderately prosperous society in all respects.”

“Hold high the banner of socialism with Chinese characteristics.”

Premier Premier Li Keqiang gave that advice Saturday at the opening of the National People’s Congress, an annual meeting of the country’s top legislature.

As Li read his “work report,” nearly 3,000 delegates from across the country sat stone-faced in the main auditorium of the Great Hall of the People, which flanks Tiananmen Square. They presented an image of solemn unity, punctuating his speech with the rustling of turning pages and rounds of light applause.

Although the meetings are, first and foremost, an act of political theater — delegates are expected to rubber-stamp the preordained decisions of top-ranking officials — the government’s many targets and announcements provide some insight into its most pressing concerns. The country is facing its slowest economic growth in more than two decades; its health care and education systems are notoriously sclerotic and under-resourced; and its environment has been devastated by years of a growth-at-all-costs development strategy.

“There are many problems in medical care, education, elderly care, food and medicine safety, income distribution, and urban management that are of concern to the people,” Li said, according to an official English-language copy of the report. “Some regions are frequently hit by severe smog.”

He announced a growth target of between 6.5 percent and 7 percent for 2016 — a more conservative goal than last year’s “about 7 percent” — and presented a list of other targets for the next five years, including reducing carbon dioxide emissions by 18 percent, expanding high-speed railway networks to link up 80 percent of “big cities,” and create more than 50 million new urban jobs.

“Thanks to years of rapid development, China has laid a solid material foundation, and its economy is hugely resilient and has enormous potential and ample room for growth,” he said.

The meeting gives both Chinese and local journalists a rare chance to come face-to-face with powerful figures in government, business and the military.

Few of them, however, stray far from the script.

Li made no mention of recent trends in China that have most captured the world’s attention, including tightening government control of the internet and media, a stock market rout, and Beijing’s controversial territorial claims in the South China Sea. (“We will encourage the development of a healthy online culture,” he said, without going into details.)

Instead, he stayed focused on party unity, economic growth, and political rhetoric.

“Let us rally closer around the (Communist Party of China) Central Committee headed by General Secretary Xi Jinping,” he said, “and, working together and remaining of one mind, strive to fulfill this year’s economic and social development tasks and targets.”