National Japan PM Agrees to Talk With Okinawa Over U.S. Base Relocation
National 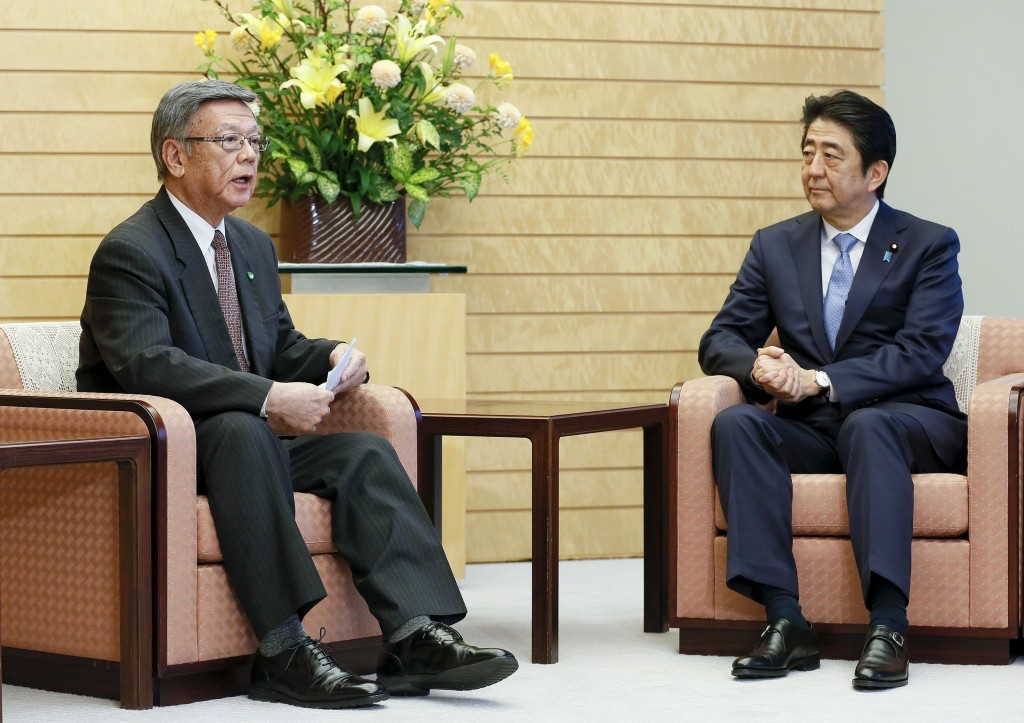 Japan’s Prime Minister Shinzo Abe said Friday he has decided to temporarily suspend preliminary work on moving a Marine Corps base on Okinawa and will resume talks on the contentious relocation plan.

The central government and Okinawa’s prefectural government have been locked in a legal battle over relocating the base, with both sides suing the other.

Abe said that his government is accepting a court proposal not to force the reclamation work over Okinawa’s objections. The court in February made the proposal as an interim step allowing talks. Details of the proposal were not made public.

Okinawa Gov. Takeshi Onaga last year issued an order to suspend permission for the reclamation work. Then the central government sued to reverse the order, to which Okinawa counter-sued, seeking a court injunction.

The work involves filling in part of a bay to create off-coast runways for Futenma air station, which is now in a more densely populated area on the island.

Abe said the plan to eventually move the base to the town of Henoko is unchanged. The relocation is based on a 20-year-old bilateral agreement to reduce the burden of the U.S. military presence on Okinawa.

Opponents want the base moved off Okinawa entirely, and the prospect for a compromise is still unclear.

The sudden reversal of the central government’s policy to continue with the reclamation work is seen as a vote-buying attempt ahead of this summer’s parliamentary elections.

Abe said he wants to avoid leaving the situation deadlocked “for years to come, a development that nobody wants to see.”

He said his government will proceed with talks with Okinawa “toward an amicable settlement”; under the court’s proposal. Okinawa has agreed to accept the proposal, and is expected to drop the lawsuit.

America’s top military official in the Pacific said last month that the relocation plan has been pushed back by two years until 2025 from the current target, because of delays from the disputes.

The U.S. has agreed to shift 8,000 to 10,000 Marines off Okinawa in the 2020s, mainly to Guam and Hawaii, but Adm. Harry Harris, head of the U.S. Pacific Command, said that would happen after Futenma’s relocation.

The southern island prefecture is home to about half of about 50,000 American troops stationed in Japan under the bilateral security treaty. Many Okinawans complain about crime and noise linked to the U.S. military bases.