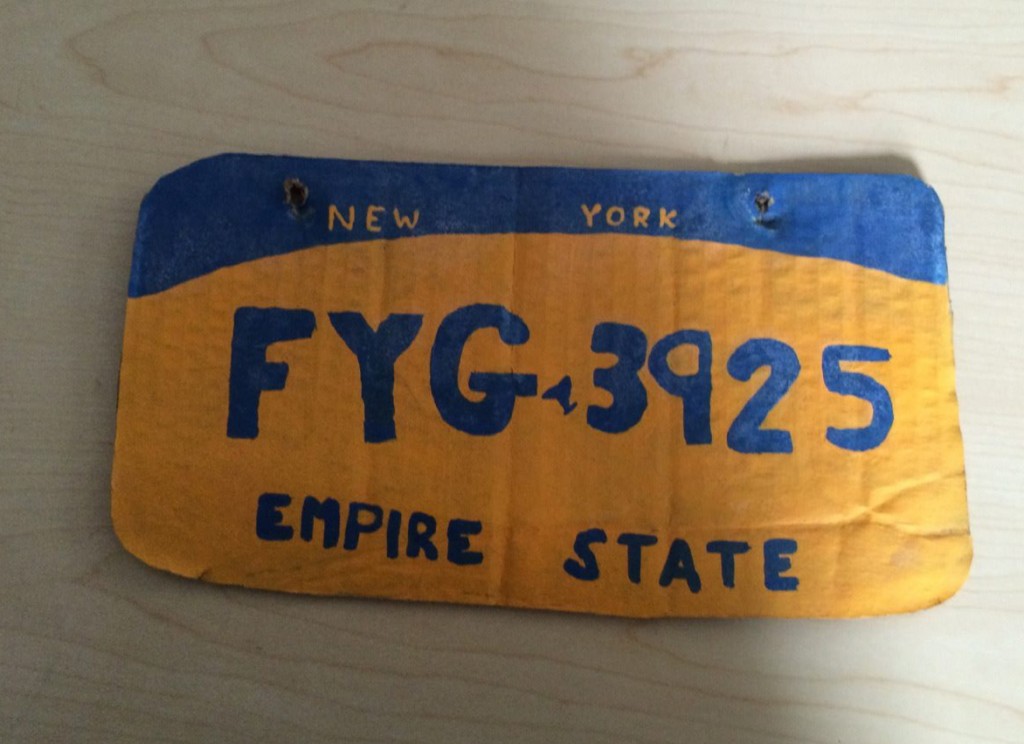 Authorities say putting a homemade, cardboard New York state license plate on a car has landed a woman in jail.

The Erie County sheriff’s office says a deputy pulled over a car Wednesday after noticing it didn’t have a front license plate.

Police say the vehicle’s rear plate was actually a piece of cardboard painted to resemble the yellow and blue version of the New York license plate.

The charges against the 28-year-old woman from the town of Sardinia include possessing a forged instrument and operating a vehicle with a suspended registration.

She’s being held Friday in the county jail on $400 bail.