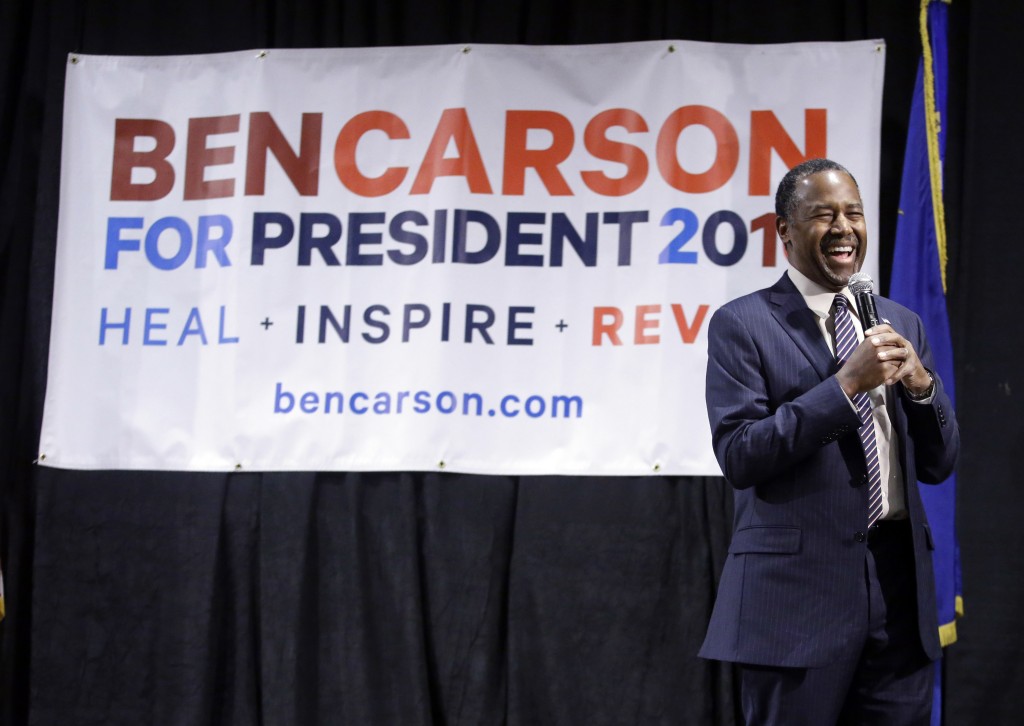 Ben Carson ran for president, and his consultants won.

The political newcomer who said this week that he sees “no path” to the Republican nomination raised more money than any other GOP contender – $58 million – since he began his bid last May.

But Carson’s campaign burned through much more of that money on fundraising and consultants than on mass-media advertising, on-the-ground employees and other things that could have swayed voters, an Associated Press review of his campaign-finance reports found.

Carson’s campaign is an extreme example of the big-money business of presidential politics. The candidate himself, a soft-spoken retired Baltimore neurosurgeon, has wondered aloud whether his campaign aides were taking advantage of him.

He employed “people who didn’t really seem to understand finances,” Carson said in a CNN interview last week. Then he added: “Or maybe they did. Maybe they were doing it on purpose.”

Some people who worked with Carson’s presidential campaign are positioned to continue profiting from his elevated profile even after he officially ends his bid.

All told, the Carson campaign turned over at least one-quarter of the money it raised – $16 million – to fundraising and marketing firms owned by a pair of his top consultants, Mike Murray and Ken Dawson.

By contrast, the Carson campaign’s payroll for nine months cost less than $700,000, finance documents show, and the campaign spent less than $600,000 on media advertising during the month that voting has taken place, according to advertising tracker Kantar Media’s Campaign Media Analysis Group.

Murray has been a senior adviser to the campaign, owns TMA Direct and is managing partner of Precision Data Management, firms that provide fundraising services for direct mail and email to voters and broker lists of would-be supporters.

Dawson has been Carson’s unofficial chief marketing officer and owner of Eleventy Marketing. That company uses social media to place digital advertising and raise money for its clients.

Murray and Dawson say the payments to their firms do not give a full picture of all the work they did – transforming a candidate with 50 percent name recognition among likely Republican voters into one nearly universally known now.

“We had the task of building the Carson brand along with raising money,” Murray said. “Everything we did netted money.”

Payments to TMA and other firms did not all go into the consultants’ pockets, he said. Much of it paid for postage, printing and other costs associated with fundraising. Dawson also said much of the $10 million paid to his company went right back out to pay for digital advertising and social-media promotion.

“It allowed us to connect directly to people and to help identify people the message was resonating with,” Dawson said, noting that his company’s efforts “garnered the revenue that drove the apparatus.”

He said that every payment to Eleventy was approved by Carson’s campaign managers and audited by campaign staff.

Carson plans to lay out his next moves in a speech Friday to the Conservative Political Action Conference in suburban Maryland. He has vowed to continue his “grassroots movement,” which includes his 700,000 campaign donors, the majority of whom gave $200 or less.

That could mean a return to the American Legacy Political Action Committee, a group that already has substantial crossover with the Carson campaign; in fact, Murray is its founder. Before beginning his presidential bid, Carson was the face of an American Legacy PAC project on health care.

Carson’s longtime confidant and off-the-books campaign guru, Armstrong Williams, took over Carson’s American Legacy PAC chairmanship and said he would encourage him to come back to the group, which he called a “natural” move.

“It gives him a platform,” Williams said. “Why start something new when you already have something in place?”

Despite its mission of helping conservative candidates, the group reported giving less than 3 percent of the $10 million it raised in the past five years to political candidates and political committees, a review of Federal Election Commission reports shows.

Murray said American Legacy’s impact on politics isn’t fully reflected in its FEC filings, in part because the group encourages donors to give directly to candidates it supports. He said those candidates have netted “hundreds of thousands of dollars,” which American Legacy PAC has tracked through software.

The cost of all that fundraising is laid out in FEC documents.

American Legacy PAC has paid Williams’s production company more than $170,000 in the past two years. American Legacy PAC also paid Murray’s companies nearly $400,000 since its establishment in 2010. And it paid Dawson’s Eleventy about $30,000, which he said paid for building a website.

More than half of American Legacy PAC’s budget was eaten up by the telemarketing company Infocision. Carson’s campaign also paid the company almost $5 million.