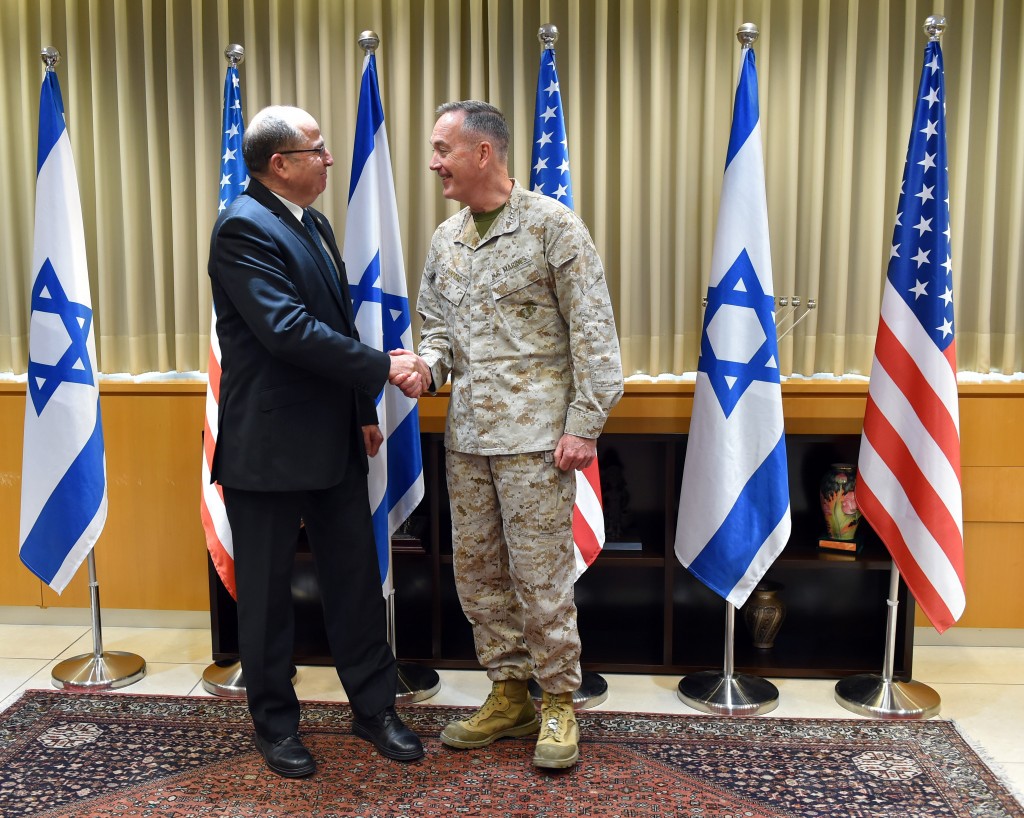 U.S. Joint Chiefs Chairman Gen. Joseph Dunford is in Israel ahead of Vice President Joe Biden’s trip to the country next week.

Dunford met on Thursday in Tel Aviv with Defense Minister Moshe Yaalon, who said, in a statement to reporters, that Israel and the Unites States must together face the challenges the upheaval in the Middle East poses to both countries.

Dunford said he was committed to the relations between the two countries’ militaries.

The United States is currently in talks with Israel about a new long-term agreement on U.S. military aid to Israel. The talks come as the U.S. seeks to soften Israel’s concerns about the lifting of sanctions against Iran as part of a nuclear deal.