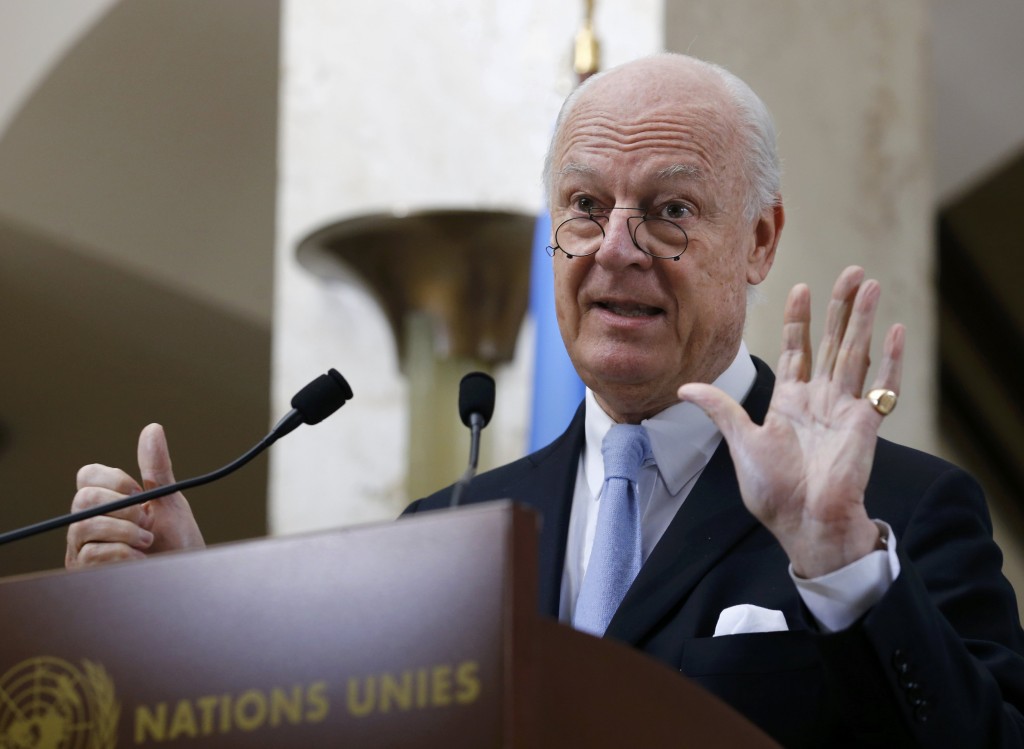 Syria’s cessation of hostilities is holding but remains fragile after six days in which incidents have been contained in the provinces of Homs, Hama, Latakia and Damascus, U.N. Syria envoy Staffan de Mistura said on Thursday.

De Mistura said that his office was working closely with Russia and the United States to investigate any fighting and “to quickly intervene in order to make sure that the parties on the ground defuse the situation.”

“Unfortunately we have to admit – like in every cessation of hostilities or cease-fire, and in particular in this one – there are still a number of places where fighting has continued, including parts of Hama, Homs, Latakia and Damascus.

“The situation therefore could be summarized as fragile, success is not guaranteed but progress has been visible,” de Mistura told reporters in Geneva.

Halting the fighting and stepping up aid deliveries in Syria, especially to nearly half a million people in besieged areas, are vital to pave the way for peace talks, he said.

De Mistura, who suspended a first round last month, plans to resume talks with the Syrian government and opposition parties on March 9. But the format for the indirect talks is flexible and some parties could turn up days later, he said.

“The important thing is to start the momentum reaching the point when the political aspect will be addressed, because that is what will make the endgame a stable one in Syria,” he added.

Jan Egeland, who chaired a humanitarian task force of major and regional powers trying to improve access to besieged areas, said that there had been progress, with some 236 trucks delivering aid to 115,000 people in the past three weeks.

“We believe that the cessation of hostilities will lead to a big leap forward in reaching many more people, hundreds of thousands of people in the hard-to-reach areas and the remaining besieged areas,” he added.