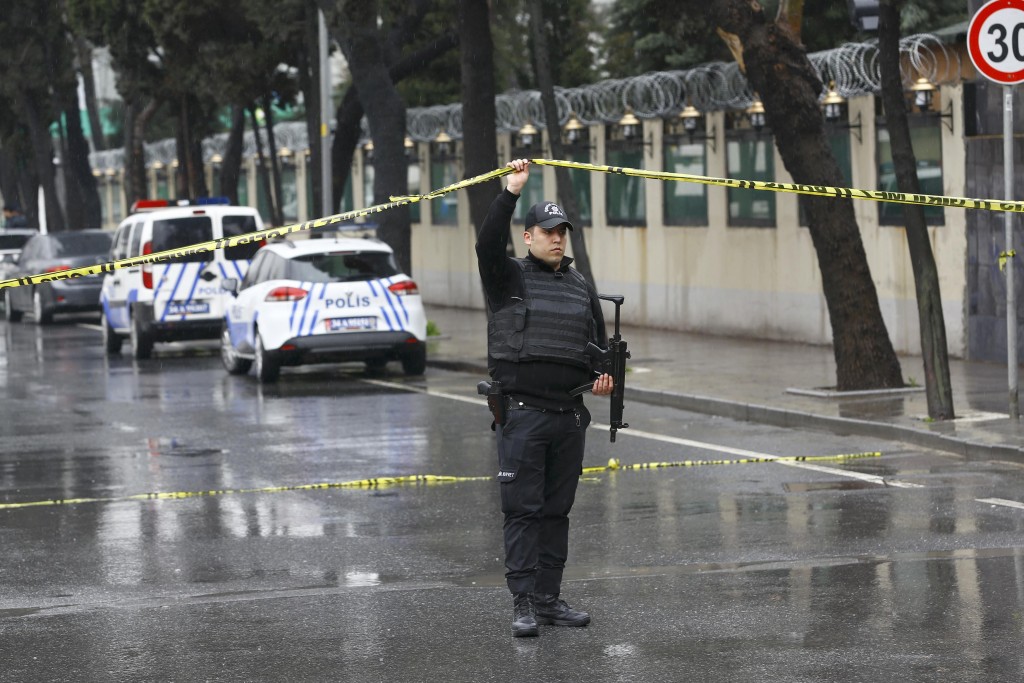 Two women opened fire and threw a grenade at a Turkish police bus as it arrived at a station in an Istanbul suburb on Thursday, footage from the Dogan news agency showed. Local media stations said there were no casualties.

One of the women threw a grenade and the other opened fire with what appeared to be a machine gun as the riot police bus drove towards the station entrance in the Bayrampasa district of Turkey’s biggest city, the footage showed.

Police returned fire, injuring one of the women, before tracking them to a nearby building, CNN Turk said. Special forces units were sent to the area and residents were evacuated as security forces prepared to carry out an operation, it said.

Footage on Turkish television stations showed the street cordoned off as armed plainclothes police in bulletproof vests emerged from the police station.

Attacks on the security forces have increased as violence flares in the country’s predominantly Kurdish southeast, where a cease-fire between Kurdistan Workers’ Party (PKK) terrorists and the state collapsed last July.

The PKK, considered a terrorist group by Turkey, the United States and the European Union, launched a separatist armed rebellion against Turkey more than three decades ago. More than 40,000 people, mostly Kurds, have since been killed.

Turkey has also become a target for Islamic State terrorists, who are blamed for three suicide bombings – one last year in the town of Suruc near the Syrian border, another in the capital, Ankara, and one in Istanbul in January. Those attacks killed more than 140 people.

There was no immediate claim of responsibility for Thursday’s attack. The radical leftist group DHKP-C has repeatedly staged similar attacks on police stations, largely in Istanbul suburbs.

A suicide car bombing targeting military buses in Ankara killed 29 people last month. The government said that attack was carried out by a member of YPG, the Syrian Kurdish militia, with help from PKK terrorists.