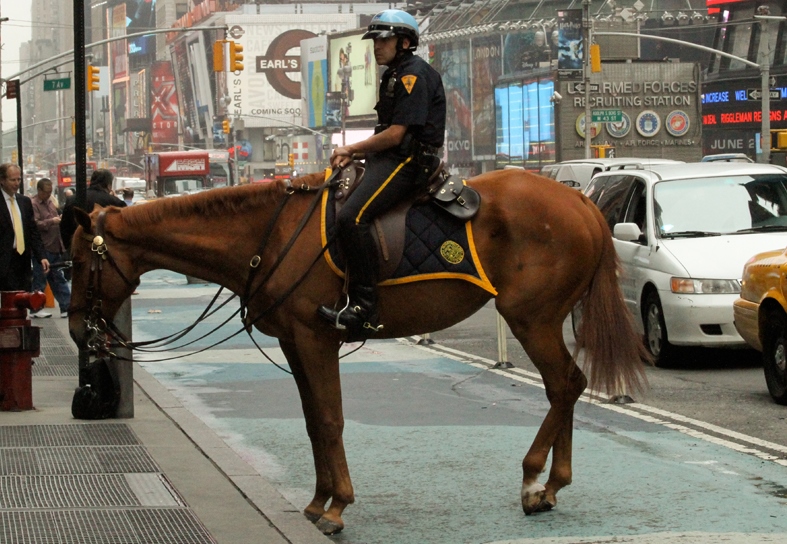 A horse with the New York Police Department’s mounted unit galloped through Times Square after being spooked by a loud noise and throwing an officer from its back.

It happened during the late evening rush hour Wednesday on 48th Street near Broadway.

Police say the horse, named Gunny, bolted down Sixth Avenue to East 47th Street where it turned into a parking garage where the mounted unit keeps its horses during breaks.

A cab driver told NBC New York the horse sideswiped his vehicle, knocking off a side view mirror.

The officer was taken to a hospital for minor injuries.

No other injuries were reported.