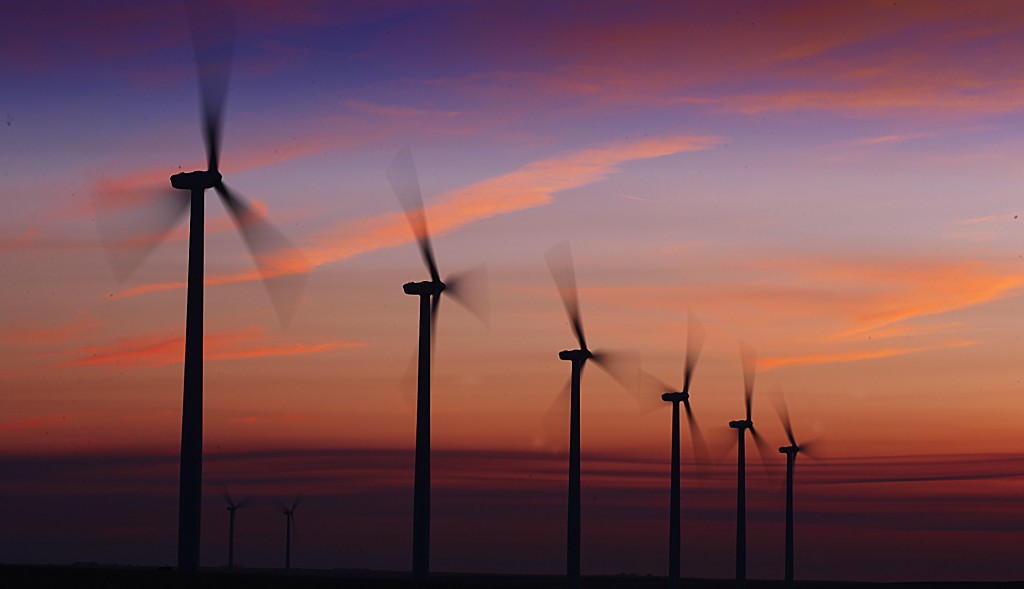 The offshore wind industry has high hopes for establishing a permanent beachhead in the U.S. after years of disappointment.

Business leaders and politicians who gathered for an industry conference in Boston earlier this week said wealthy investment firms and seasoned European offshore wind companies are increasingly committing to projects along the East Coast. That, they said, is evidence that a domestic industry dreamed about for nearly two decades is finally on its way.

“There’s a palpable sense that it’s finally happening,” said Bryan Martin, a managing director at D.E. Shaw & Co., a New York hedge fund that’s the principal backer of Deepwater Wind, a Rhode Island-based company looking to launch the country’s first offshore wind farm off Block Island’s shores by the end of the year. “The U.S. tends to start small and ramp up very fast. I believe that will happen with offshore wind.”

Among the significant new players to emerge in the past year is DONG Energy, a Danish firm that operates more than a dozen wind farms, including some of Europe’s largest.

The government-owned company has leased roughly 187,000 acres of federal waters about 15 miles south of Martha’s Vineyard in Massachusetts and recently announced intentions to seek a second federal lease in waters off New Jersey.

“Massachusetts has some of the best offshore wind conditions in the world and the peak wind speeds match the peak demand times for energy, so that is why we see so much potential,” said Lauren Burm, a Boston-based spokeswoman.

OffshoreMW, which is owned by the private equity giant the Blackstone Group and has ties to a company that recently completed a wind farm in Germany’s North Sea, has also joined the fray in Massachusetts, securing federal development rights to an area near DONG’s lease. So has Deepwater Wind.

Elsewhere, Renexia, an Italian company specializing in renewable energy projects, is backing a project about 15 miles from the Ocean City, Maryland, shore.

The new players are helping the industry move past the stumbles of Cape Wind, the once-high profile project proposed for the waters off Cape Cod, Massachusetts, that never quite got off the ground. The project has been bogged down for years in a bitter and costly legal fight with wealthy property owners, including billionaire William Koch.

“To have steel in the water and to be talking about an existing domestic offshore wind industry is really critical,” said Nancy Sopko, of the American Wind Energy Association, referring to Deepwater Wind’s Rhode Island project. “We’re talking about an industry that is here, not one that is coming.”

Matthew Morrissey, head of Offshore Wind Massachusetts, an industry advocacy group, says the expected closure of a number of coal and nuclear-powered energy plants in New England in the coming years also presents an opportunity for the industry. The region faces a major energy-production drop-off and Morrissey says his industry is positioned to help fill that void.

But Audra Parker, head of the Alliance to Protect Nantucket Sound, the opposition group fighting the Cape Wind project, says it remains to be seen how much power will cost from these offshore wind projects. Offshore wind power, she noted, is more costly to produce than natural gas or other forms of renewable energy like solar power or land-based wind turbines.

Martin, of D.E. Shaw & Co., said technological advances already in place in Europe — like larger, more powerful turbines — will help bring the cost of offshore wind power down, though he and other developers have so far declined to say by how much, citing the competitive nature of the business.