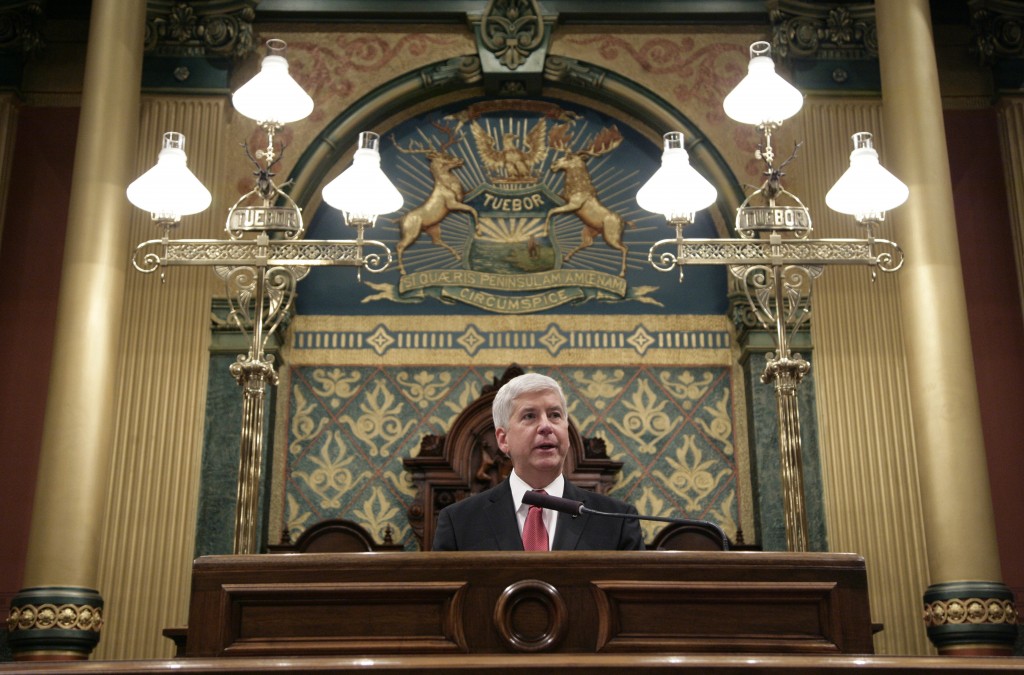 Michigan Gov. Rick Snyder has hired two outside lawyers to assist with civil representation and to search and process e-mails and other records connected to Flint’s lead-tainted water crisis, a spokesman said Thursday.

Eugene Driker and Brian Lennon have each been awarded a contract worth $249,000 through Dec. 31, Snyder spokesman Ari Adler confirmed in an e-mail. Word of the contracts was first reported Wednesday by Crain’s Detroit Business.

Driker is assisting with civil representation and Lennon, a criminal defense attorney, is serving as investigatory counsel, a job that includes dealing with the review of records, Adler said.

Driker has had a long career in law and public service in the Detroit area. He worked behind the scenes as a key mediator between Detroit and creditors during the city’s bankruptcy. Lennon is a former federal prosecutor.

“We do not believe there will be a need for criminal defense, because the governor and his administration have not committed any crimes,” Adler said. But Warner Norcross & Judd, where Lennon is a partner, “has the ability to assist with quickly reviewing a massive amount of documents.”

In 2014, the city of Flint switched from Detroit’s water system to the Flint River to save money. The river water caused lead to leach from aging pipes into some homes. Tests have shown high lead levels in some Flint children.

If consumed, lead can cause developmental delays and learning disabilities.

The office of Michigan’s attorney general is representing the Republican governor and others in lawsuits filed over the water situation.

The attorneys’ contracts, paid by the state, are just below a $250,000 threshold for contracts requiring approval from the State Administrative Board, which meets in public, the Detroit Free Press reported. Adler said the amount was intentional so Snyder could hire the attorneys quickly in early February. Snyder’s administration plans to go before the board next Tuesday to seek more spending on Lennon’s contract, Adler said.

Also Thursday, Snyder said he submitted an appeal to the Federal Emergency Management Agency for funding that was denied under an original emergency request. In a statement, Snyder notes water quality is improving but that there’s “a long road ahead for Flint’s recovery.”

Separately, the U.S. Department of Health and Human Services announced Wednesday that $3.6 million in emergency funds will be used to expand Head Start and Early Head Start services for Flint children.

The funding will expand the services to children by providing additional classrooms, home visiting support and transportation for families who need to visit the doctor, the department announced during a conference call.

“We’ve seen significant progress and have been able to meet a majority of the State of Michigan’s request for assistance,” said Dr. Nicole Lurie of the U.S. Department of Health and Human Services.