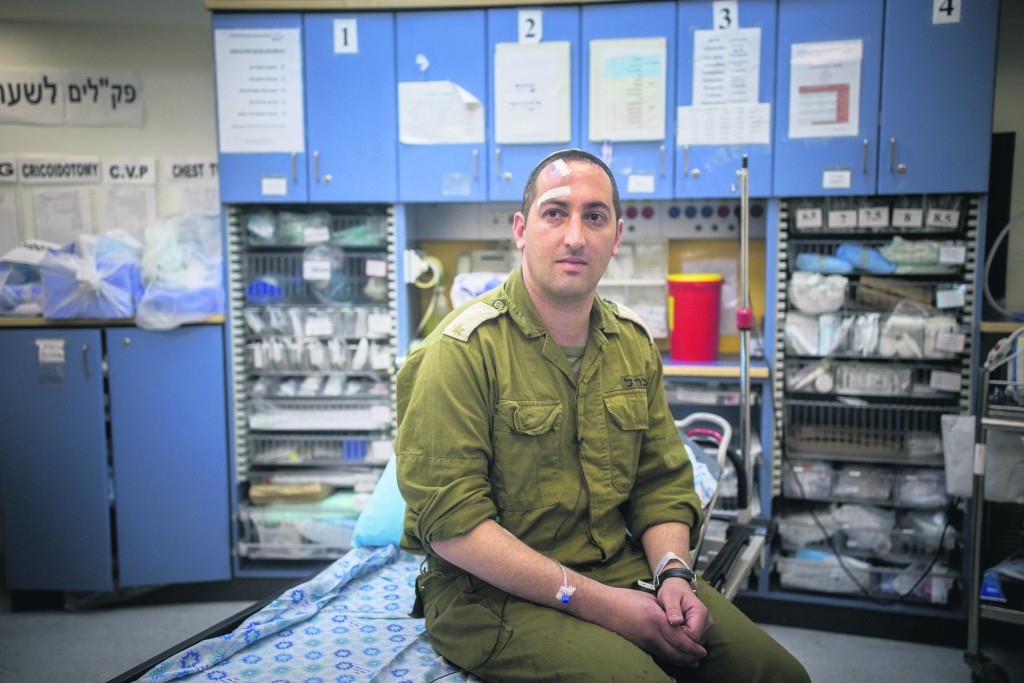 In preparation for their demolition, IDF engineers on Wednesday night located the homes of the terrorists who carried out a stabbing attack in the Shomron town of Eli early Wednesday morning. The two terrorists are residents of the village of Krayot, located near Eli. A date for the demolitions has not yet been set.

The victim of the attack, Ro’i Harel, was in good condition Thursday after being hospitalized for light injuries sustained in the attack. According to Harel, the terrorists fell upon him early Wednesday morning, injuring him lightly with wooden clubs. He defended himself, and they ran away. IDF troops began an intensive search for the terrorists, eventually catching up with them not far from the town. Soldiers opened fire on them and eliminated them. A search of the area yielded a gun that the two had been carrying but had apparently dropped. A knife they had been carrying was not used, either.

In addition, forces located and mapped in preparation for demolition the home of Sa’idi Ali Abu Hamed, the terrorist who hacked an Israeli security guard with an ax Friday morning in Maaleh Adumim. The terrorist is a resident of the village of Azariya outside Yerushalayim. The victim, Tzvika Cohen, was in serious but improved condition in a Yerushalayim hospital, officials said. No date has been set for that demolition either.

Overnight Wednesday, IDF troops arrested 11 wanted security suspects. The suspects were wanted on charges of rioting, and endangering lives by throwing rocks and firebombs at Israeli civilians and IDF troops. Several were arrested for being Hamas members. All the suspects were being questioned by security officials.

Israeli Navy officials on Wednesday arrested four members of a fishing vessel who entered a closed military zone off the coast of Gaza. The vessel, spotting Israeli ships, attempted to escape, but was chased down by Israeli ships. The crew members were detained and their ship brought to dock.