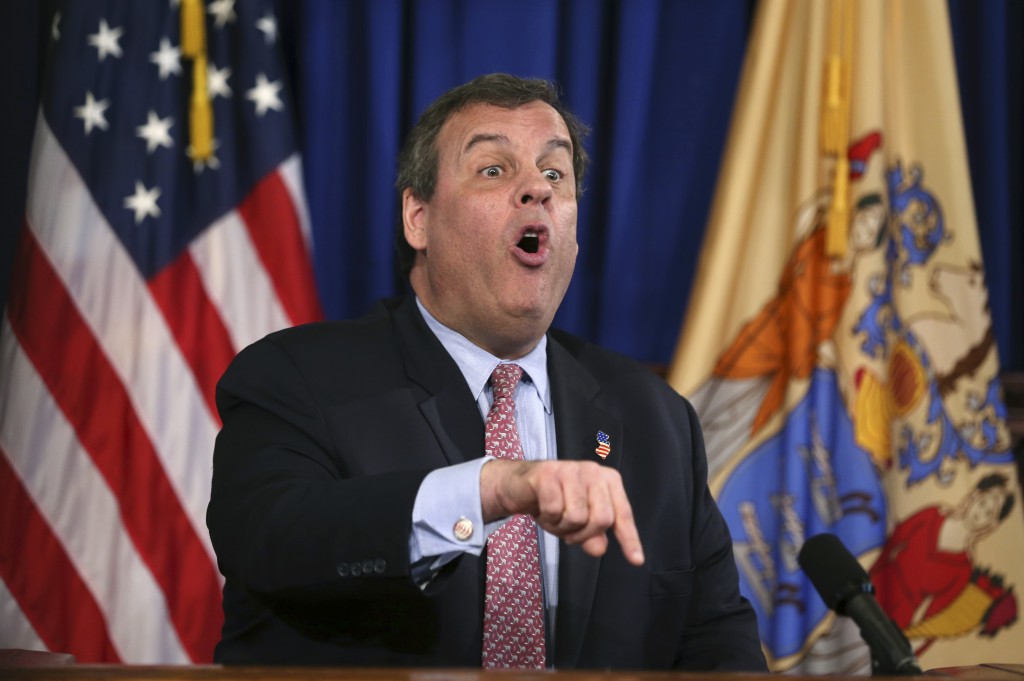 Anyone worried that Republican Gov. Chris Christie was being held hostage by Donald Trump as he stood, seemingly shell-shocked, behind the GOP presidential front-runner on Super Tuesday can rest easy.

“No, I wasn’t being held hostage. No, I wasn’t sitting up there thinking, ‘Oh, my G-d, what have I done?’” Christie said Thursday back home in New Jersey. “I don’t know what I was supposed to be doing. All these armchair psychiatrists should give it a break.”

He said his face was stoic because he was listening as Trump spoke.

“I stood where they asked me to stand. What do I care? Do you think I really care? … I really don’t,” he said. “Next week there will be an internet freakout about something else.”

Christie also said he won’t heed calls from a handful of newspapers to resign and will continue helping Trump’s campaign. He spoke Thursday at a nearly two-hour news conference in Trenton that was part campaign debriefing, part attempt to refocus on priorities in the state. But he opened the floor up to questions, and reporters had a lot of them.

Christie, who ended his own Republican presidential campaign last month, said he will continue helping Trump’s campaign “on occasion” but doesn’t have any more appearances scheduled. Christie added that his 30th wedding anniversary is next week and he will go away with his wife and college daughter, but he is otherwise focused on state priorities, including a budget due in June.

Seven New Jersey newspapers have called on Christie to resign. The Star-Ledger, which endorsed Christie in his 2013 re-election campaign, said in an editorial Thursday that he has since made it clear that governing the state is a “distant second priority” that comes after his personal ambition.

Christie said he isn’t surprised by the newspapers’ stance because they haven’t supported him in the past. He said they’re merely trying to find a way to stay relevant as their readerships decline.

“The only way to do that is to set themselves on fire,” Christie said.

Christie, who spent 261 days out of the state in 2015, also chided the media for counting time he spent either in Philadelphia or New York as somehow not related to state business.

“The way you count days is absurd,” he said.

Defending his endorsement, Christie said he believes Trump would make the best president out of the remaining candidates and has the best chance to defeat Democrat Hillary Clinton in the general election. He said he and Trump have been friends for 14 years.

Christie said he plans to finish out the nearly two years left in his term and then go into the private sector.

He did shoot down one question Thursday. When a reporter asked if he would resign if he were Trump’s pick for vice president, he replied, “Next!”