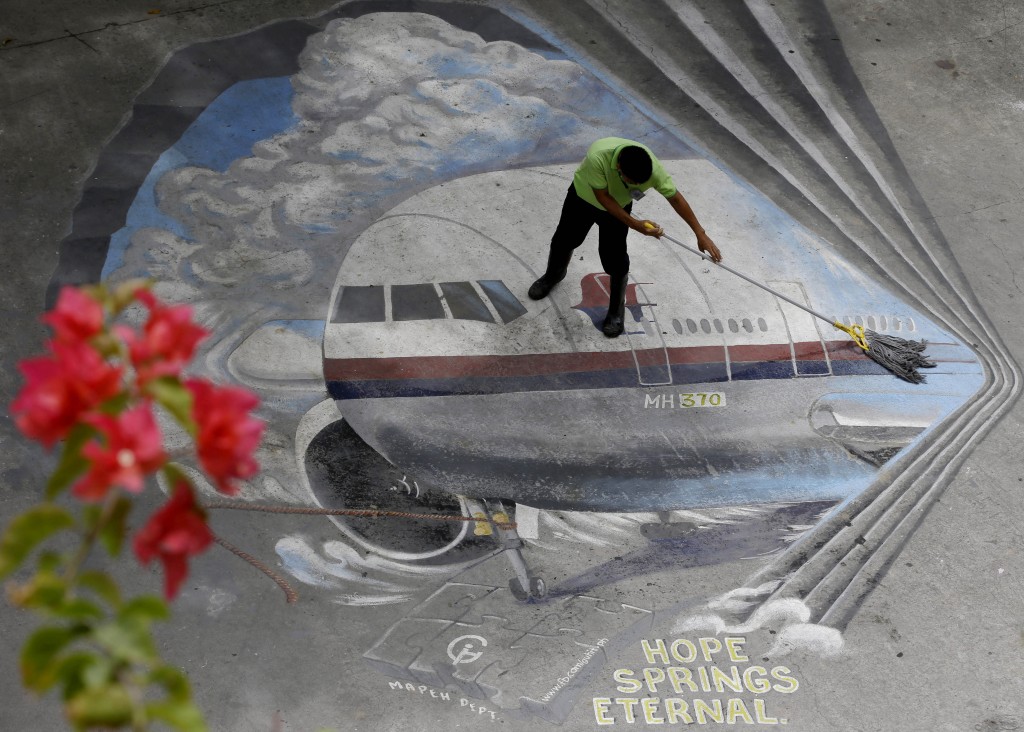 Debris that washed up in Mozambique has been tentatively identified as a part from the same type of aircraft as the missing Malaysia Airlines Flight 370, a U.S. official said Wednesday.

Photos of the debris that washed up over the weekend appear to show the fixed leading edge of the right-hand tail section of a Boeing 777, said the official, who spoke on condition of anonymity because he wasn’t authorized to speak publicly. MH-370, which disappeared two years ago with 239 people aboard, is the only known missing 777.

People who have handled the part, called a horizontal stabilizer, say it appears to be made of fiberglass composite on the outside, with aluminum honeycombing on the inside, the official said. The part is being transported to Malaysia.

“Based on early reports, high possibility debris found in Mozambique belongs to a B777”, Liow said in a series of tweets.

“It is yet to be confirmed & verified. @dca-malaysia working w Australian counterparts to retrieve the debris.” He also urged “everyone to avoid undue speculation as we are not able to conclude that the debris belongs to #mh370 at this time.”

MH-370 disappeared on March 8, 2014 while flying from Kuala Lumpur to Beijing with 12 crew members and 227 passengers on board.

Despite exhaustive searches of the southern Indian Ocean and the South China Sea, the only trace of the plane until now has been a wing part known as a flaperon that washed ashore last July on the French island of Reunion off the east coast of Africa – about 2,300 miles from the current search area in the Indian Ocean east of Australia.

Radar tracking of the plane show it turned around as it approached Vietnamese airspace, flew back toward Malaysia and then on over the Indian Ocean, where radar contact was lost. Authorities who scrutinized data exchanged between the plane’s engine and a satellite determined that the jetliner took a straight path across the ocean, leading them to believe that the plane flew on autopilot for hours before running out of fuel and crashing into the water.