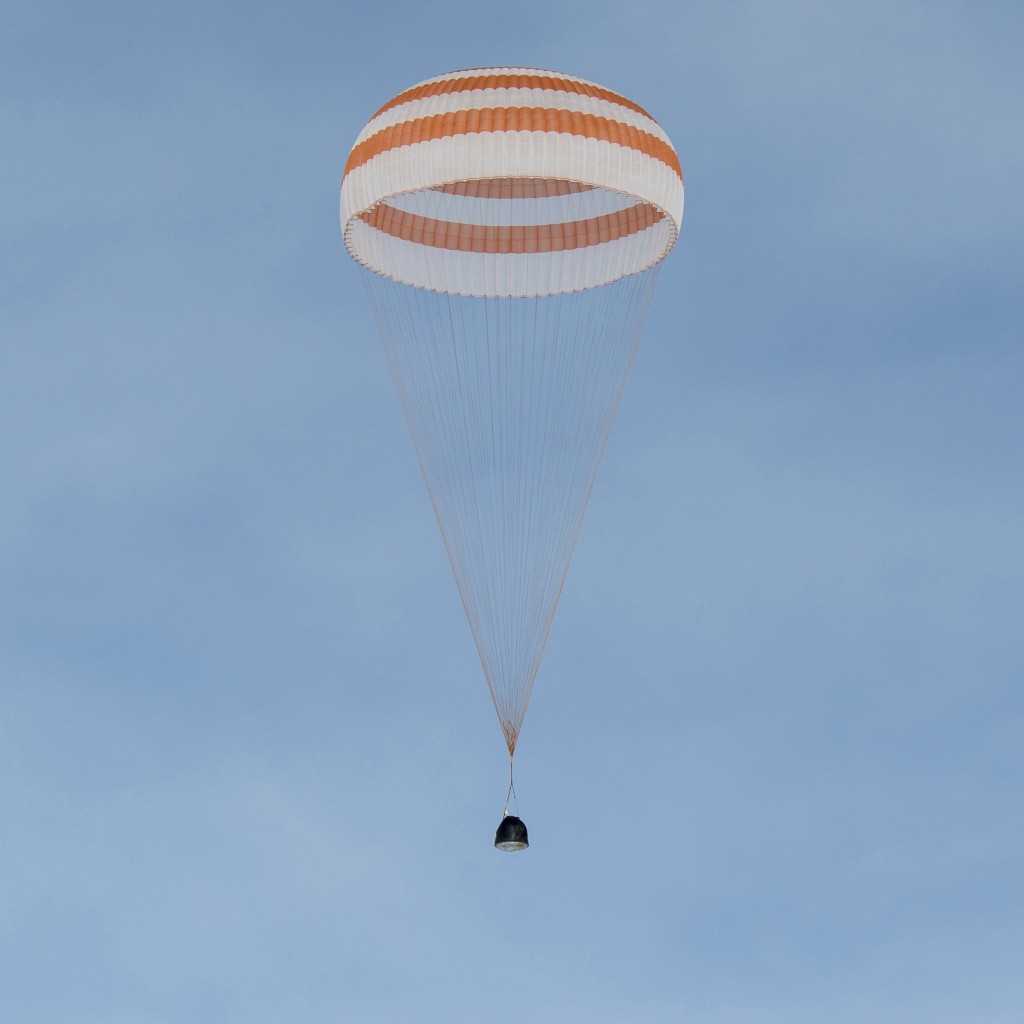 NASA astronaut Scott Kelly and Russian cosmonaut Mikhail Kornienko returned to Earth on Wednesday after nearly a year on the International Space Station, the longest U.S. space mission on record, intended to pave the way for human travel to Mars.

A Soyuz capsule carrying Kelly, Kornienko, and Sergey Volkov, another Russian cosmonaut, made a parachute landing on the steppe near the Kazakh city of Zhezkazgan at 10:26 a.m., about 3-1/2 hours after departing the station.

The world’s longest missions were carried out by four Soviet-era cosmonauts aboard the now-defunct Mir space station, including a flight from January 1994 to March 1995, spanning nearly 438 days by record holder Valeri Polyakov, a physician.

Volkov, who had been in space for 5-1/2 months, was the first to emerge from the capsule, to be greeted by his father Alexander Volkov, also a cosmonaut.

Kelly, came out next, waved his hand energetically and smiled before beginning a satellite telephone conversation.

In their nearly year-long stay in space, Kelly, 52, and Kornienko, 55, have been the subjects of dozens of medical experiments and science studies regarding how the human body adjusts to weightlessness and the high-radiation environment of space. The research aims to help the U.S. space agency and its partners develop plans for eventual human missions to Mars that will last at least two years.

Kelly and his identical twin brother Mark, a former NASA astronaut, are also participating in genetic studies, the first study to ever assess if genetic changes occur during long spaceflights.

The International Space Station is a joint project of the United States, Russia, Europe, Japan, and Canada and is the successor to the Mir Space Station. It has been permanently staffed by rotating crews since 2000. Approximately the size of a five-bedroom house, the $100-billion station flies about 250 miles above the Earth.