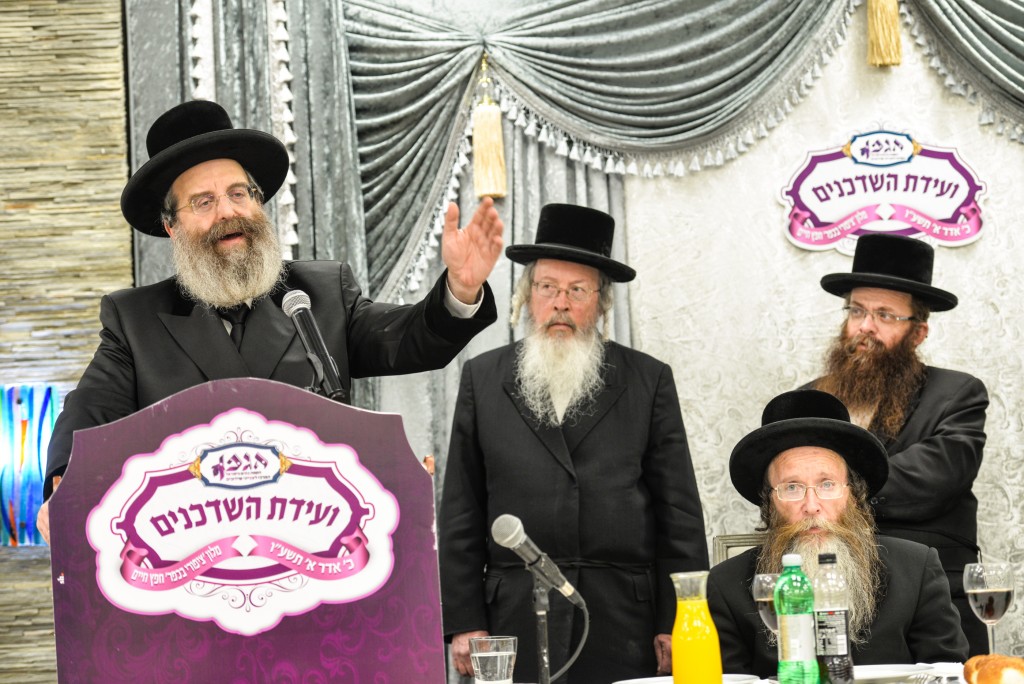 Over 200 shadchanim and shadchaniyos, a representation of all communities in the chareidi spectrum, gathered Monday in Kibbutz Chaim Chaim, for a day-long seminar, during which several panels were held, discussing the many issues facing elder bachurim and girls.

Hagefen, which has helped facilitate over 300 shidduchim since its onset slightly more than a year and a half ago, was founded by Hagaon Harav Chaim Shmerler, shlita, Rosh Yeshivah, Yeshivas Oraysa in Yerushalayim, with the intent to help as many of the elder children in the chareidi community find their basherte. The organization has the warm backing and support from many Gedolei Yisrael.

Among the many panels discussed were: health issues in shidduchim; Dor Yesharim; financial constraints – and its effect on the shidduch market; buying apartments; and more. An especially lively discussion was between the shadchanim themselves, each offering their own tips on how to help the shidduchim come to a serious stage, and b’ezras Hashem, finalize them.

The panels were all moderated by Rabbi Tuviah Freund, noted Torah contributor to Hamodia’s Inyan Magazine.

Later, a special seudah was held, in honor of the yahrtzeit of the Rebbe Reb Elimelech of Lizhensk, zy”a, for all the shadchanim at the seminar.

The seudah was graced with the participation of the Sadigura Rebbe, shlita, and the mekubal Harav Avner Efghin, shlita, of Rosh Ha’Ayin.