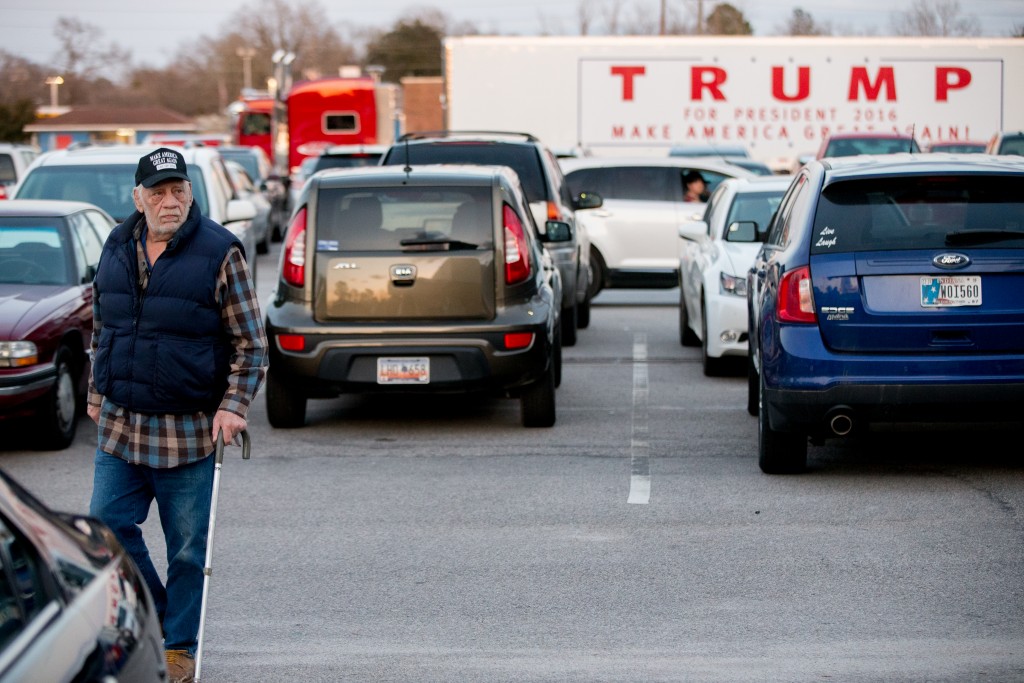 When Senator Ted Cruz took the stage on Tuesday after winning the Republican nomination contest in his home state of Texas, he issued a call for the party to rally behind his presidential candidacy.

Republican Party leaders came away from Super Tuesday – the 2016 presidential campaign’s biggest day of state-by-state nominating contests for the Nov. 8 election – without any clearer consensus about how to slow front-runner Donald Trump’s march to the nomination.

They fear Trump’s divisive rhetoric – which includes calls to build a wall along the U.S. border with Mexico, deport 11 million illegal immigrants and temporarily bar Muslims from entering the country – will tarnish the party’s image and ensure Democrats hold on to the White House and possibly retake the Senate.

The billionaire businessman won the largest number of Super Tuesday contests, taking seven states, but fell short of the 10 states some polls had predicted. Cruz won two, and U.S. Senator Marco Rubio of Florida notched his first win, in Minnesota . Those wins made Cruz and Rubio unlikely to withdraw from the race before the next big nominating contest in two weeks. The same goes for Ohio Governor John Kasich, who has said he will continue his candidacy through his state’s primary on March 15.

“So long as the field remains divided, Donald Trump’s path to the nomination remains more likely, and that would be a disaster for Republicans, for conservatives, and for the nation,” Cruz said.

Trump’s failure to win a clean sweep of the primary contests on Tuesday buys the establishment wing of the party more time to intensify its counterattacks against the New York real estate mogul and political outsider. While they have yet to coalesce around a single strategy, anti-Trump Republicans have begun taking action.

Club for Growth, a conservative advocacy group, claimed credit for slowing Trump down in some primary states by running attack ads.

“Donald Trump can be stopped,” said the group’s president, David McIntosh, in a statement. “And he must be, before he costs conservatives the White House, the Senate, and the Supreme Court.”

The New York Times reported that several financial backers of the Republican Party organized a phone call on Tuesday to organize funding for an anti-Trump effort. Helping lead the call were the hedge-fund manager Paul Singer, Chicago Cubs co-owner Todd Ricketts, and Meg Whitman, the Hewlett-Packard Enterprise chief executive. The newspaper said it was unclear what kind of political offensive might emerge from those discussions.

A recently launched political action committee is also dedicated to blasting Trump. Our Principles PAC, said it was ramping up fundraising and planned daily attacks against Trump before the upcoming primaries in March. It said the campaign would focus on Trump’s business record and include a video interview where he declined to disavow former Ku Klux Klan official David Duke. Trump, who later rejected Duke’s support, said he had not clearly heard the interviewer’s question.

On Capitol Hill, Republican House of Representatives Speaker Paul Ryan, who will preside over the party’s nominating convention in July, made clear he disapproved of Trump’s rhetoric, in comments that suggested he was not ready to welcome Trump into the establishment fold. “If a person wants to be the nominee of the Republican Party, there must be no evasion and no games. They must reject any group or cause that is built on bigotry,” Ryan, the party’s 2012 vice presidential nominee, told reporters.

Trump ratcheted up the tension during a news conference in Palm Beach, Florida, on Tuesday night, warning that Ryan would pay “a big price” if he stood in Trump’s way.

Despite the establishment’s distaste for Trump, they appear to have no consensus on the best way to stop him. “As long as both Cruz, Rubio, and Kasich remain in the race, then Trump will continue to prevail in upcoming primary states and he will vacuum up the delegates while the vote splits among the remaining candidates,” said Ron Bonjean, a Republican operative in Washington.

Rubio and Kasich have set their sights on delegate-rich contests in the heavily populated states of Michigan, Florida, Ohio, and Illinois later this month. More than 1,200 delegates are required by the party to secure its nomination.

The goal for the remaining campaigns will be to keep Trump from amassing those delegates for as long as possible, in the hope that an increasing tide of criticism from the candidates, party leaders, and political action committees will drain his support. But Bonjean said the party is still trying to find a better way to thwart Trump before he walks away with the nomination.

“The odds of stopping Trump are getting much lower with every state put away into his corner,” Bonjean noted.