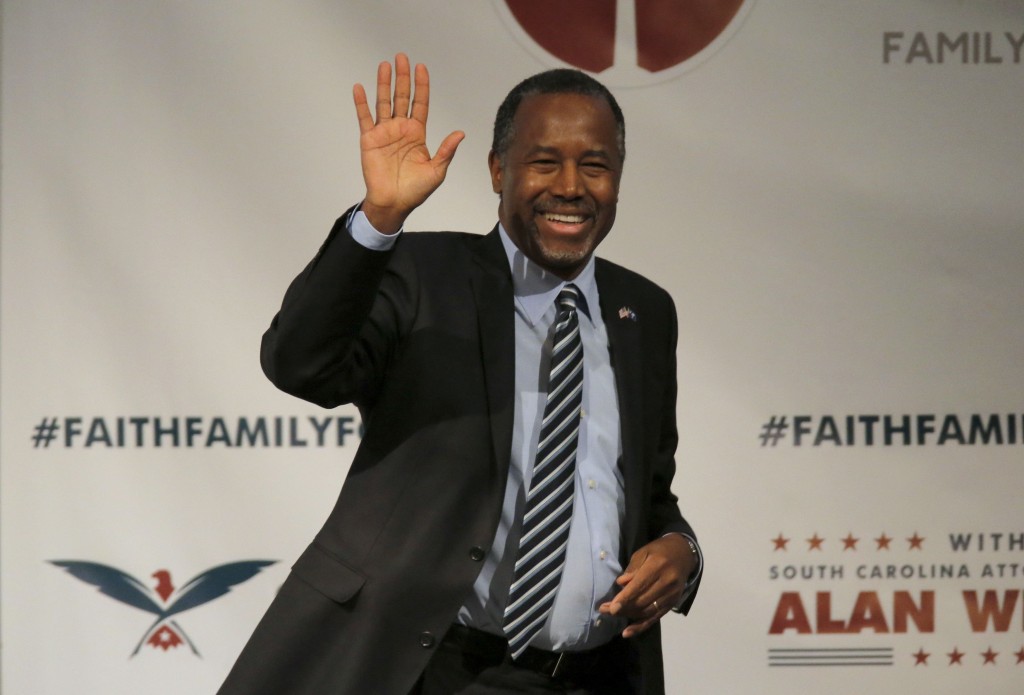 Retired neurosurgeon Ben Carson said he is effectively ending his bid for the White House Wednesday, concluding a roller-coaster campaign that briefly took him to the top of a chaotic GOP field but ended with a Super Tuesday whimper.

“I do not see a political path forward,” Carson said in a statement posted on his campaign website, though he added, “I remain deeply committed to my home nation, America” and promised to offer details of his future when he speaks Friday at a conservative conference in Washington.

He did not explicitly say that he’s ending his campaign, only noting that he does not plan to take part in Thursday’s Fox News debate. But his longtime businessman and friend, Armstrong Williams, confirmed that the soft-spoken candidate would no longer be asking for votes.

“There’s only one candidate in this 2016 election on the GOP side, and his name is Trump. That’s the reality,” Williams said, adding that Sens. Marco Rubio and Ted Cruz also should drop out, as they “also have no path” to the nomination.

Carson, 64, was one of several anti-establishment candidates who shaped the early stages of a Republican race defined by conservatives’ wide-ranging disgust with the nation’s direction and GOP leaders’ perceived inability to alter it.

He ran as an outsider, offering a poverty-to-fame autobiography, his unabashed Christian faith and an unceasing indictment of conventional politics, styling his bid as an effort to combat “political correctness” and what he described as a creep toward “socialism.”

That formula fueled a steady climb in the polls and a powerful fundraising effort. But his success also brought intense scrutiny. Carson lashed out publicly at questions about his life story, having to explain anecdotes like his claim to have been offered a “scholarship” to West Point. He made foreign policy flubs, from a mistaken suggestion that China is militarily involved in Syria’s civil war to a high profile speech in which he repeatedly mispronounced the name of the Palestinian political and military organization Hamas.

And he endured public sniping from some of his closest advisers, some of whom contributed to questions about his overall fitness for the job.

The only African-American among the presidential contenders of either major party, Carson announced his bid in May from his native Detroit, where he was raised in a poor neighborhood by a single mother. Though she could not read, Carson said, his mother saw to it that he and his brother received formal educations.

Carson attended Yale University and the University of Michigan Medical School. He earned national acclaim during 29 years leading the pediatric neurosurgery unit of Johns Hopkins Children’s Center in Baltimore. He directed the first surgery to separate twins connected at the back of the head.

He rose to political prominence with his address at the 2013 National Prayer Breakfast, where he offered a withering critique of the modern welfare state and the nation’s overall direction. The speech restated themes from Carson’s 2012 book “America the Beautiful,” but he excited conservatives by doing so with President Barack Obama sitting just feet away.

He would often tell voters that he viewed his candidacy as a way to honor the American founders’ view of the “citizen-statesman.”

“If I am successful in this endeavor,” he said Dec. 8 in Georgia, “then a lot of other people who are not career politicians but who are very smart will start thinking, maybe I can do that, too, and we will expand the pool from which we selected our leadership.”