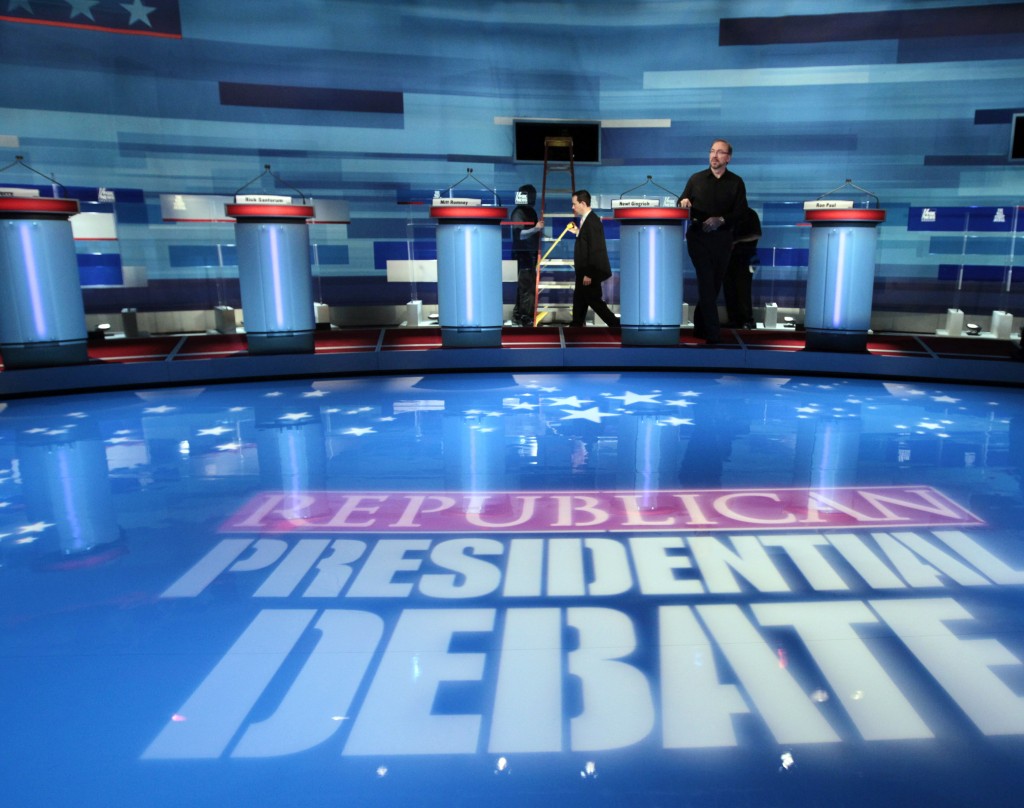 Thursday’s Republican debate on Fox News Channel could be Round 2 of Megyn Kelly versus Donald Trump. But the journalist and fellow moderators say they are not preparing to stoke the fire with questions about his headline-grabbing battles with the network.

Trump accused Kelly of lobbing him tougher questions than those directed at his rivals in an August debate that was the Republican candidates’ first televised encounter. Kelly asked about Trump’s remarks about women, prompting a stream of attacks from the candidate, who skipped a Fox debate in January.

“Frankly, I have been ready for seven months to move beyond what happened after that August debate,” Kelly said in a recent interview. “I feel like it’s getting boring. Trump has bigger things to worry about, and so do I.”

The cable channel’s August debate attracted 24 million viewers, a record for a presidential primary debate on any network, according to Nielsen. The January forum without Trump drew 12.5 million, still the second-largest audience in the network’s history.

Trump is set to appear at Thursday’s rematch with Fox News anchors Kelly, Bret Baier and Chris Wallace. “Mr. Trump will be at the debate tomorrow and looks forward to participating,” spokeswoman Hope Hicks said on Wednesday.

The moderators said they do not plan to mention Trump’s comments about Kelly, his complaints about unfair treatment by the cable news network or his absence from Fox’s January debate.

Kelly said she has not prepared a comeback if Trump gets personal. “I have my questions,” she said. “That’s all I need.”

Last week’s debate on Time Warner Inc’s CNN turned into a raucous match where rivals Ted Cruz and Marco Rubio ganged up on Trump, who fired back. Wallace called it an “embarrassment” to Republicans.

The three “seemed hell-bent on taking out each other on a lot of fairly minor points,” he said, “rather than discussing issues that affect people’s lives.”

On Tuesday, Trump and Democratic front-runner Hillary Clinton took big steps toward securing their parties’ nominations with a series of state-by-state victories.

“They will have to own those positions or try to wiggle out,” she said. “But there is not that much wiggle room left on some of these things.”

Cruz has clashed with Wallace on air and accused him of being too soft on Trump. The contenders “try to work the refs and complain and hope they will get it a little easier next time,” Wallace said.

All three moderators said they ask tough questions of each candidate. “I think Fox has been fair across the board,” Baier said.

He said he hopes for a discussion that is “fiery” but “the most substantive debate so far” as rivals try to score points.

“We will let the contrasts and the conversations between candidates go,” Baier said. “But there will be some balance. That’s what it’s always about, not letting it get off the rails.”