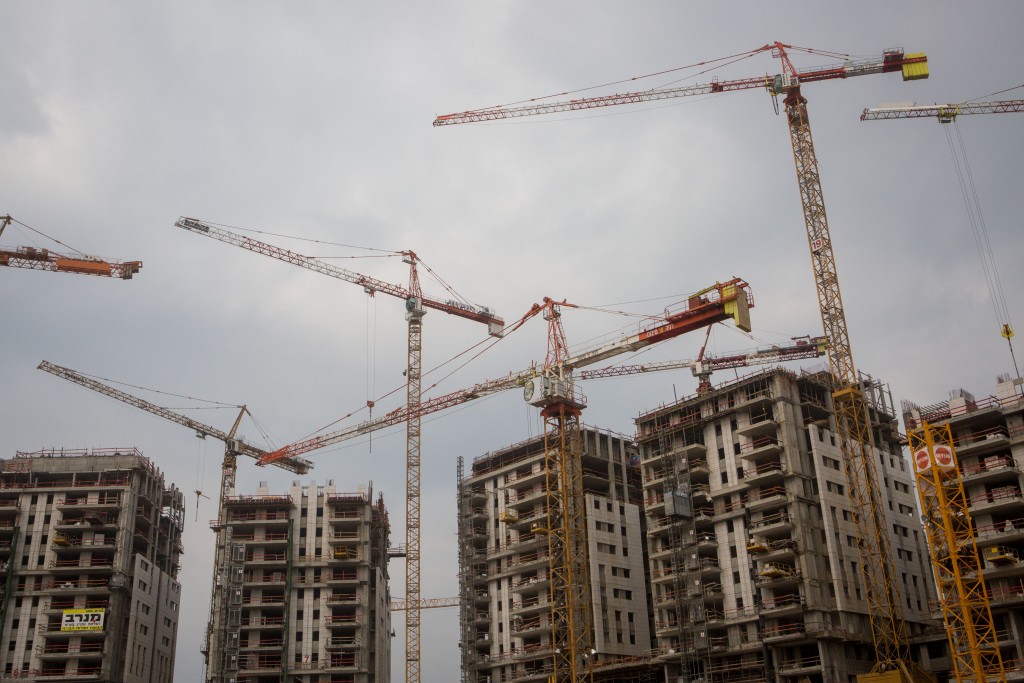 In an interview with the financial daily Globes on Wednesday, Finance Minister Moshe Kahlon defended his multi-pronged campaign to bring down the cost of living against charges that it will ruin the banking and construction industries, while admitting that he is an ordinary mortal who can only do so much.

When asked about warnings of substandard construction in the buyer fixed price plan for creating neighborhoods, Kahlon scoffed.

“That’s ridiculous and unfounded. These attacks are groundless. There aren’t any Kahlon neighborhoods here – it’s all public relations. You can see the specifications online. It’s hard for a contractor to explain why an apartment in Rishon Lezion is being sold for 1.1 million shekels when he’s trying to sell one for 1.7 million in the same place. How can he explain that?”

The finance minister was equally scornful of those who predict that the Israeli real estate bubble will have a catastrophic effect on the banks.

“There’s no risk to the banks, and if you don’t believe me, read their results. Come on; give me a break. Tell me: a bank that makes 3.5 billion a year; how much is that an hour? They’re constantly trying to scare us by telling us that the banks will collapse, the insurance companies will collapse, and the farmers will collapse. Meanwhile, everyone’s growing, and only the people are collapsing.”

“Does the Governor of the Bank of Israel agree with you?”

“In most things,” he replied.

Asked about his past statement that he wanted to liquidate the Israel Land Authority (ILA), Kahlon said: “The reform in the ILA needs to be much more comprehensive, but the number of fronts on which a man can fight is limited. They say you should concentrate on a narrow front. I can’t concentrate on a million places. I’m only human.”

Though the advocacy group welcomed their pledge to reduce wait times for 2,700 eligible public housing applicants, they said that tens of thousands of people remained without homes or help. Israel’s housing crisis, they said, affected 170,000 people, not just 2,700.